December 14, 2013
It snowed all night. And it snowed all morning. And, as I write this, it is still snowing. In short, it's pretty snowy out there in Chicago right now. This morning - along with a number of other people who didn't know whether to be excited or concerned about all the snow - I ran the Jingle Bell Run/Walk for Arthritis.

And as the title of this blog implies, it was way more than just a typical Chicago road/sidewalk/Lakefront Trail race: 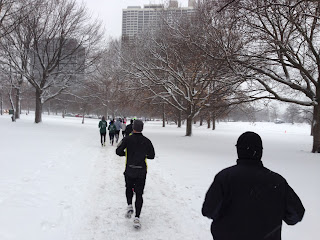 And running through all that unplowed snow on those familiar Lincoln Park trails was probably the most fun I've had at a 5K (I was registered for the 10K but dropped down to the 5K when I picked up my packet this morning) within the Chicago city limits this year. I covered the highlights of the race in my Newcity review (including the appearance of Santa and Mrs. Clause - super nice of them to travel here just for this race) but I also wanted to share some photos and a bunch of things I overheard this morning. (The photos are not related to the quotes) 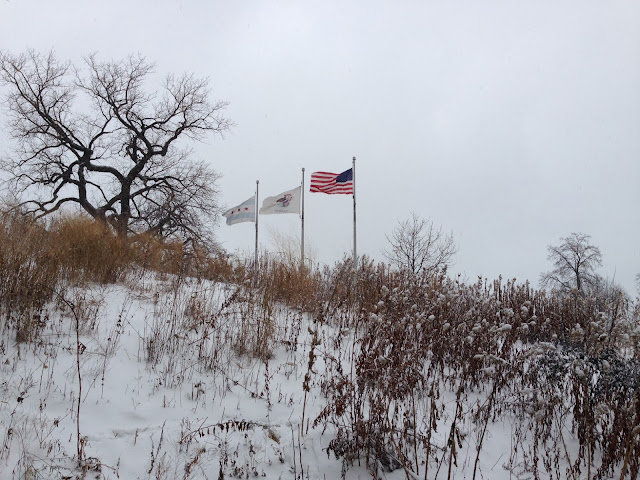 [10-year old kid literally choking his 7-year old brother in the corner while a bystander looks on in horror]
Dad of Kids to Horrified Bystander: They're fine. This is actually them being well-behaved. 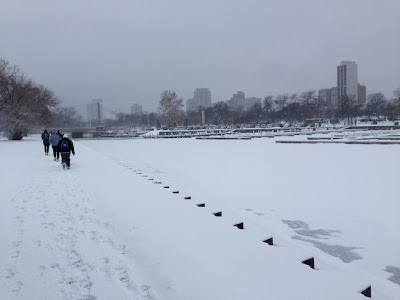 8-Year Old Girl in First 100 Yards of the Race [as every other runner flies past her and she cowers in fear]: Daddy why are we in the front???!!
Daddy: Because we're fast!

Subtext of almost every conversation had this morning (including the ones that only happened between me and myself in my head): My life is so easy that I am actually paying someone to introduce complications into it just so that I can overcome them (and then remark on how I overcame them).

So at last year's Jingle Bell Run/Walk it rained and at this year's it snowed. And both years people showed up and did it anyway in December in Chicago. Either people really care about arthritis or runners just love the idea of running in December when it's going to be crazy. I think it's a mix of both.

And here's me with the Clauses. I asked them for more snow so that tomorrow's Rudolph Ramble will be just as exciting. You're welcome. 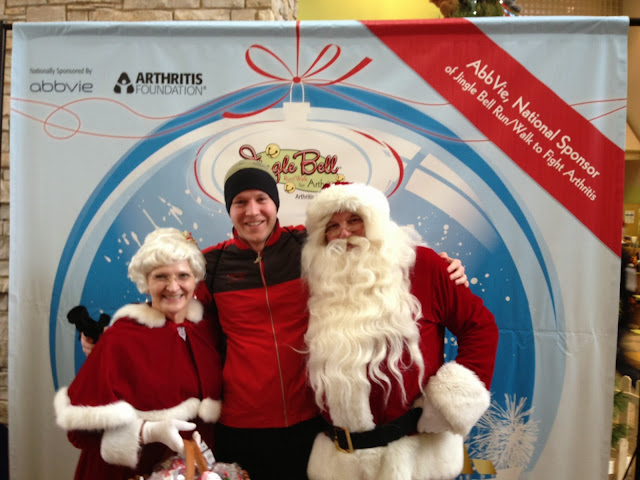