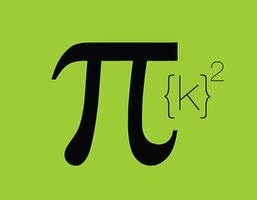 The weekend is fast approaching and, if you read my guide to Running in Chicago on St. Paddy's Day you know there are actually a lot of race options this weekend. But there's also a precursor to St. Paddy's Day running that looks to be pretty fun (and a little nerdy):

As a programmer with a compute science degree I'm especially excited for a race that benefits the Illinois Science Council - self-described as "a Chicago nonprofit promoting science and math." While I also think that the liberal and fine arts are hugely important (I'm not just a computer nerd - I have a theatre degree too!*) I think that the sciences can always use a little more promotion in our day-to-day life (especially because we take so much of it for granted). The Illinois Science Council "was founded on the premise that understanding the scientific method and scientific discoveries is crucial to a well-rounded life." I couldn't agree more.


But aside from the obvious benefits of helping to promote an "appreciation of science and technology" this race has some pretty sweet benefits just as a race:
Also, if you run this race you can skip running on St. Paddy's Day and start your partying a little earlier.

*Shameless plug: I'm the Assistant Theater Editor for Newcity - check us out for reviews and features about Chicago theater!