Christmas Running Kicks Off With the Santa Hustle 5K

December 07, 2014
So it's December - which means that, as I said Friday, it's cold. But it also means that it's the holiday season. And that means that there are a bunch of holiday-themed races everywhere. Yesterday morning I ran one of the Christmas ones: the Santa Hustle 5K.

And, as I said in my Newcity review, it was a pretty good time.

There were around 5500 runners but, perhaps because of the gimmicky nature of the race, not that many in the first several corrals (from 5:00 minute miles to 8:00 minute miles). I - somewhat hopefully - got into the 7:30 minute mile corral before the race started (I ended up closer to 8) and they condensed everything up to 8:00 into one first wave. Though there were still a few runners who placed themselves up front incorrectly (as there are at any race) for the most part the start of the first wave was pretty clear, as was the rest of the run. 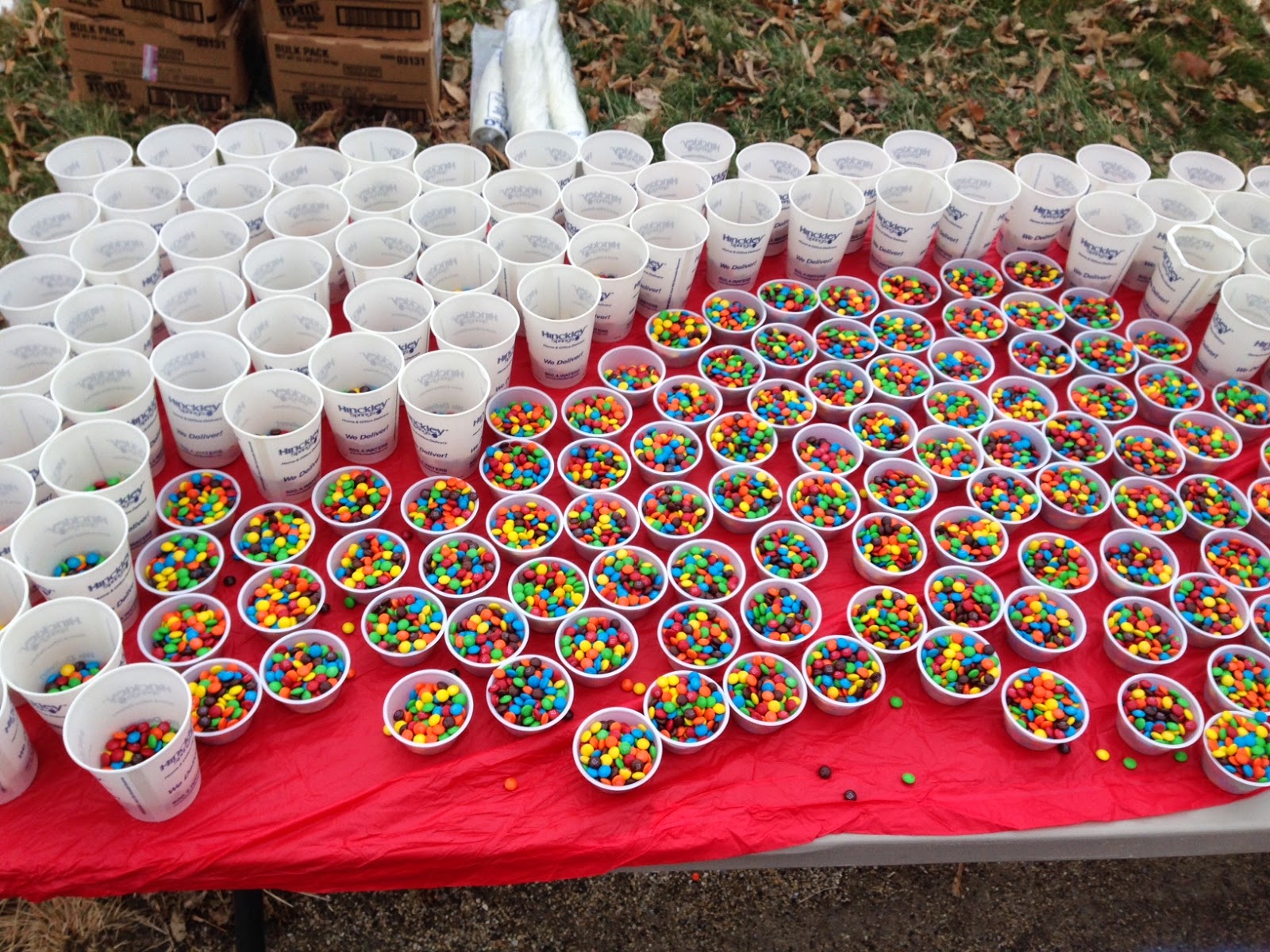 I used the Nike+ Running app to track my run for only the second time in preparation fro the Nike+ Chiberia Challenge and it said the course was 3.08, but we also went through a tunnel by McCormick Place so the GPS could have gotten off there.

Overall it was a good, fun race with a ton of volunteers along the course (all dressed as elves, which was cool until I started thinking that we were Santas and they were supporting us... but I guess that's how the elf/Santa relationship works).

Along the course and at the finish line there was milk and cookies, candy and some water for those who are silly enough to drink water when those other options are available.


I got a great post-race massage from NovaCare, ate some milk and cookies and headed back to the Roosevelt train station.

On the way home, while waiting for the Brown line to show up at Belmont, the Holiday Train pulled up. I was still dressed as Santa and the CTA Santa saw me and pointed and Ho-Ho-Ho'd... but then the train just kept going. Someone at our station must have been naughty or something. So I didn't get a Santa/Santa picture. Oh well. I did get to meet Rudolph at the race: 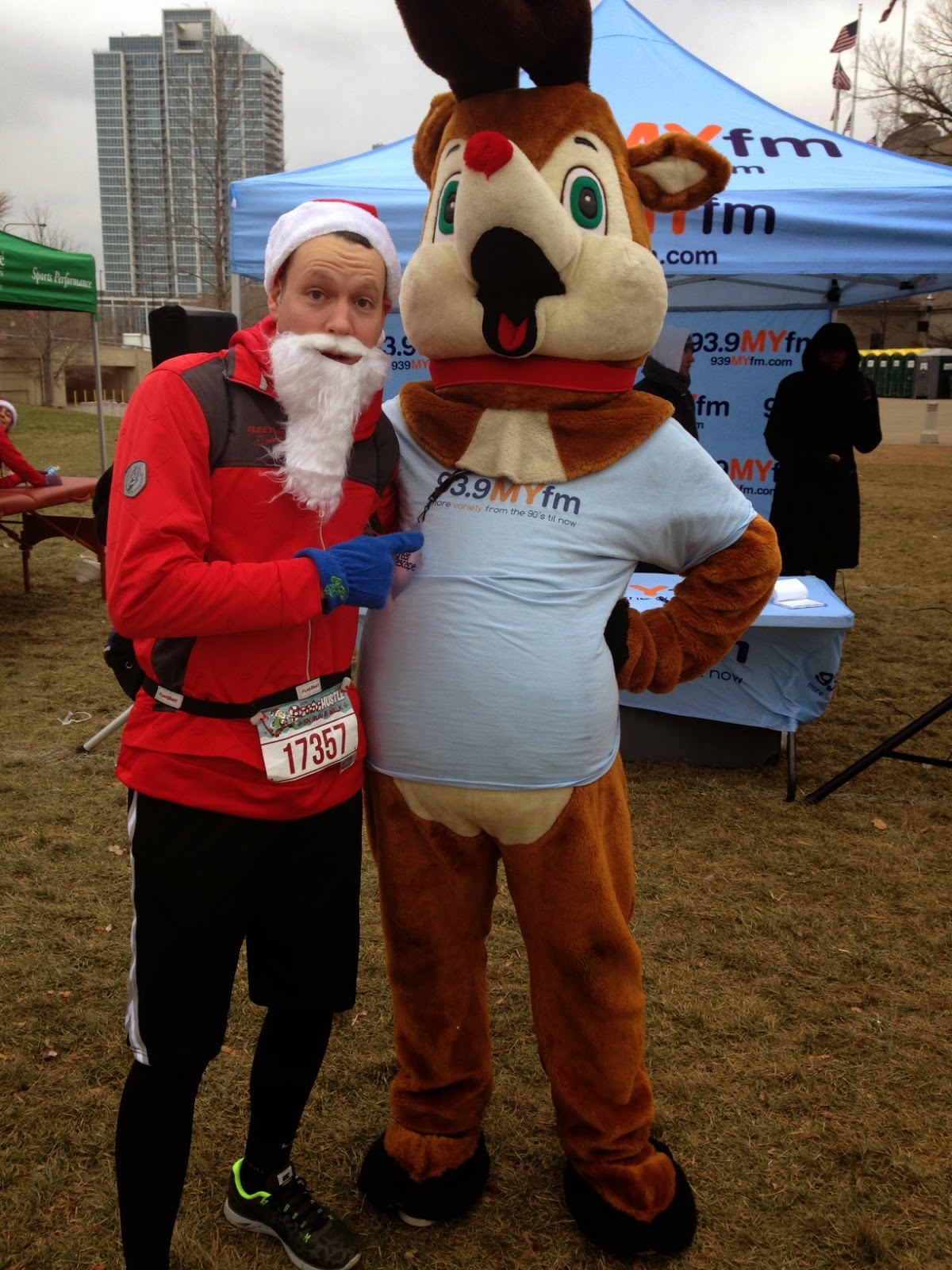 Which was good because the inflatable Rudolph was not having the best day: 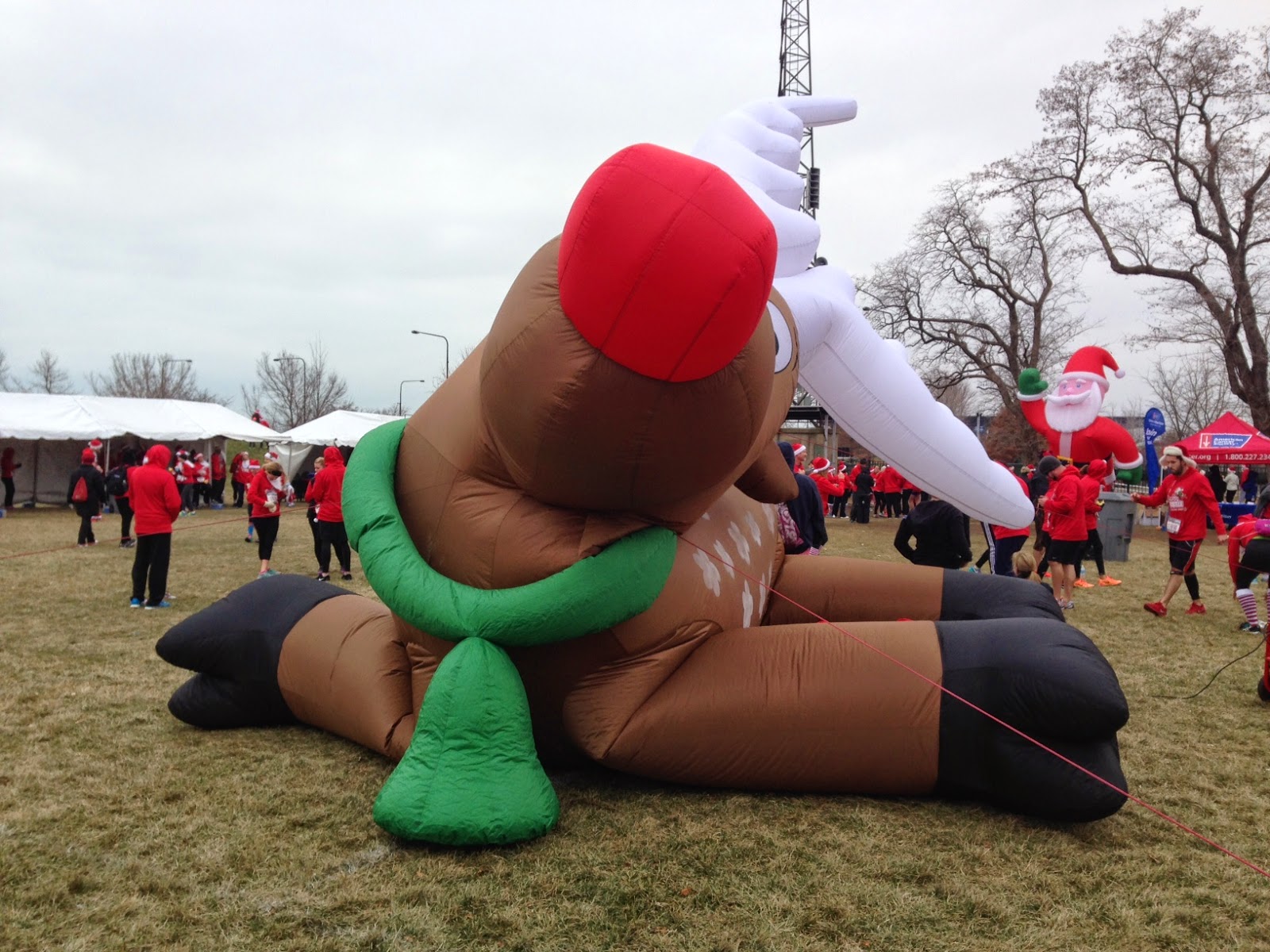