February 21, 2015
Last month Fuzzy and I drove out to the Hickory Knolls Discovery Center in St. Charles for the first leg of a three-part race series. This first leg - inauspiciously named "Trail Race #1" - was a winter race that I've run twice in the past (though at the time it was named the "Hickory Knolls 5K Trail Adventure"). But last month it wasn't just a standalone race - it was part of a series of increasingly long (and difficult) winter runs.

This race series is called the Fox Valley Winter Challenge Trail Series and this morning we headed to the Oakhurst Forest Preserve in Aurora for the second race in the series (yes, Trail Race #2).

Unlike Trail Race #1, this race's basecamp didn't have a nice heated indoor space to hang out in beforehand - instead there was a little picnic shelter with a fireplace (going full-blast) where runners gathered before the race started: 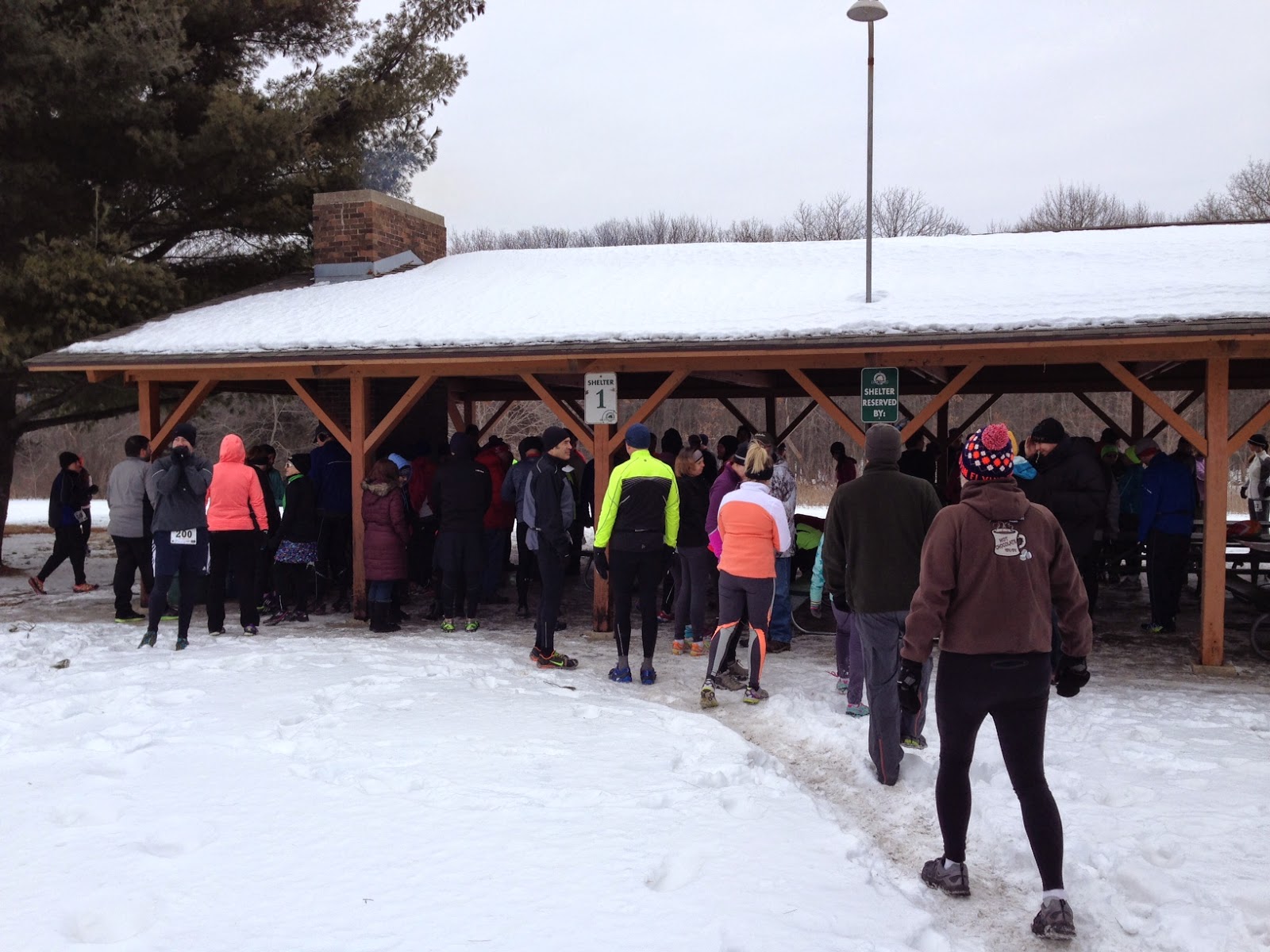 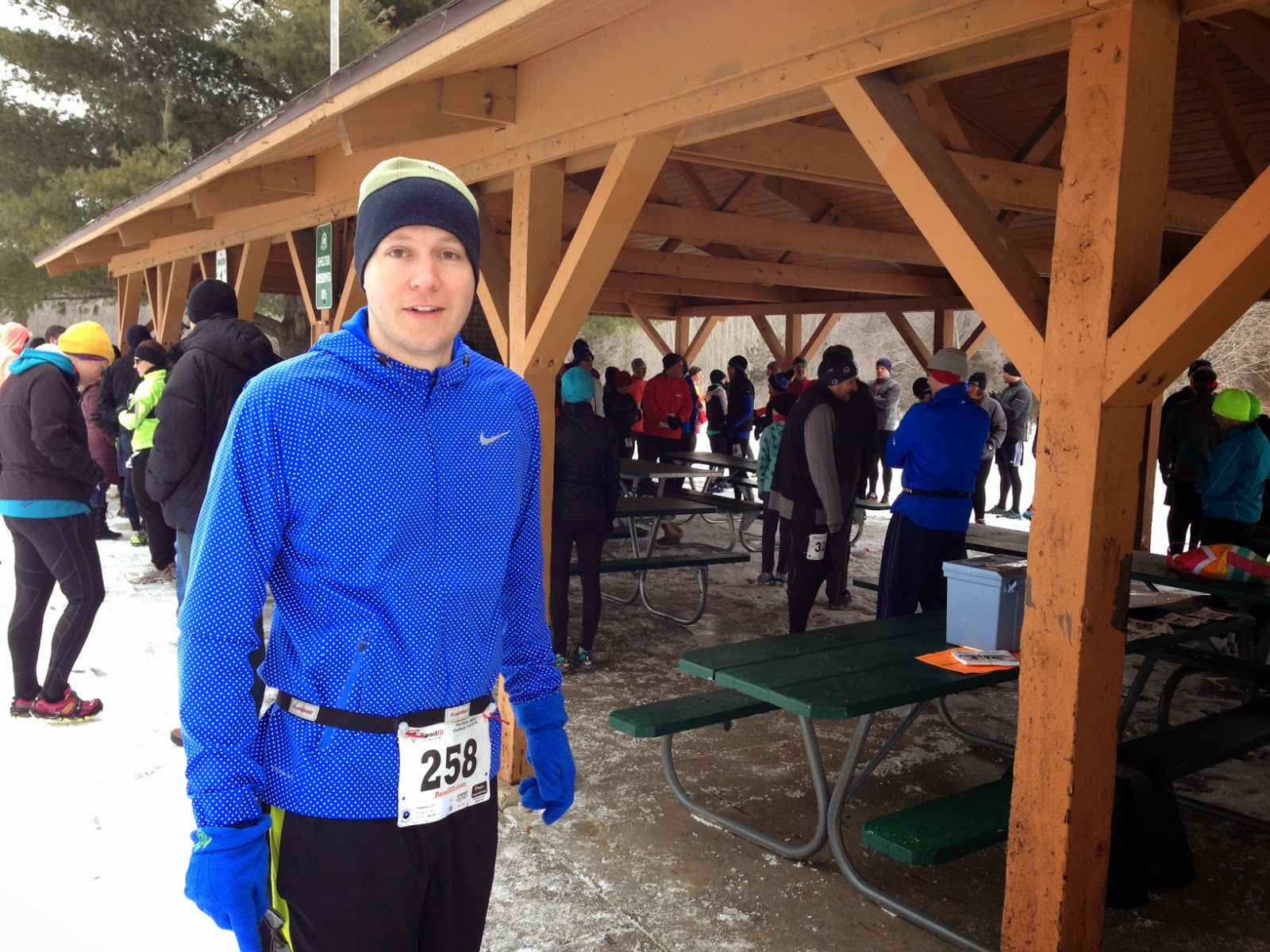 The race kicked off a few minutes after 10am, in the middle of a snowy field. There were only about 300 runners, but the trail was mostly single-track (some pictures may make it look otherwise, but because of snow and ice there really was only one portion of the trail that was suitable for running) and at the starting line, runners spread out about fifty wide, making for an especially interesting start, with a wall of runners sprinting for the trail and then thinning down to one single line that was mostly maintained for the rest of the run.

The race director started things off with a handheld speaker attached to a microphone, telling us to watch out for ice and "natural obstacles" (there was a tree that had fallen across the trail midway through) and then launching us with "Runners take your mark...Go!"

I know I said something along these lines about six weeks ago when I ran the Frozen Gnome, but this was one of the hardest races I've ever done. If you've heard of a race described as "ankle work" then you know what this race was all about. Because of the heavy snow, followed by melting, followed by light snow that we've had recently, this was a tough course where you could never really be secure in your footing. At times you would start to feel like you had figured out a rhythm only to crash through some loose snow or slip on a patch of hidden ice. In other words, this race was exciting.

And if the snowy trail aspect wasn't excitement enough, there was a massive icy hill in the middle of the double-loop course (so you got to experience it twice). Luckily, the Austin Half Marathon had a few hills in it, so I was a bit more prepared for this than I would typically be after training in Chicago. 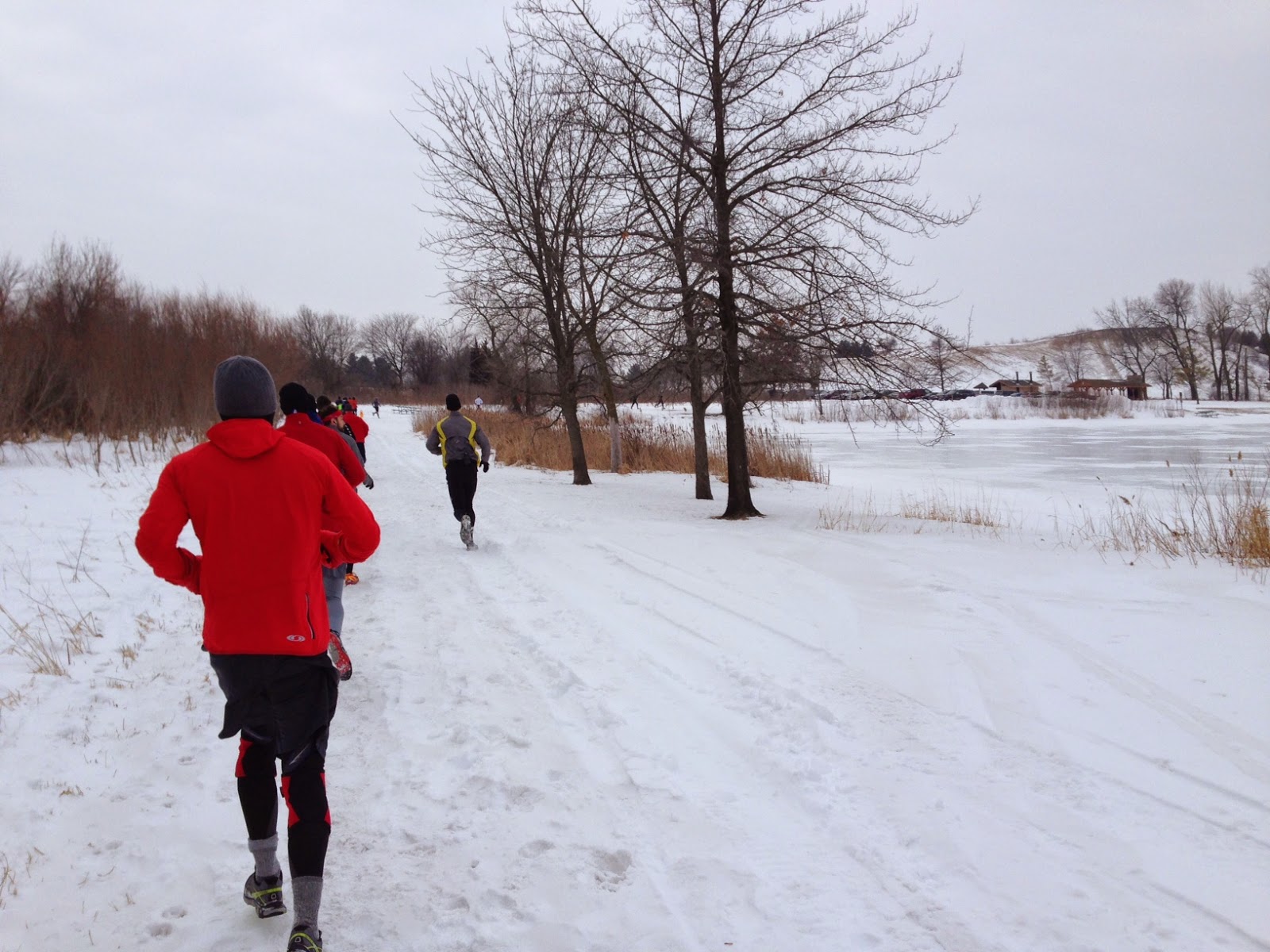 Since the temperature had warmed up to twenty degrees this morning before the race it wasn't as cold of a run as the last few that I've done and I ended up taking my hat off pretty early on. And then promptly lost it. I had written it off by the end of the race, but a few minutes after finishing, another runner came up with my hat yelling, "Anyone lose a hat?!" So, not to worry: hat recovered.

And here's what the finish line - a tough run through a beach-like patch of snow - looked like. Volunteers pulled your tag off of your bib and put it into order with the other finishers. Hardcore old-school manual recording. We'll see what the final race (Trail Race #3) has to offer! 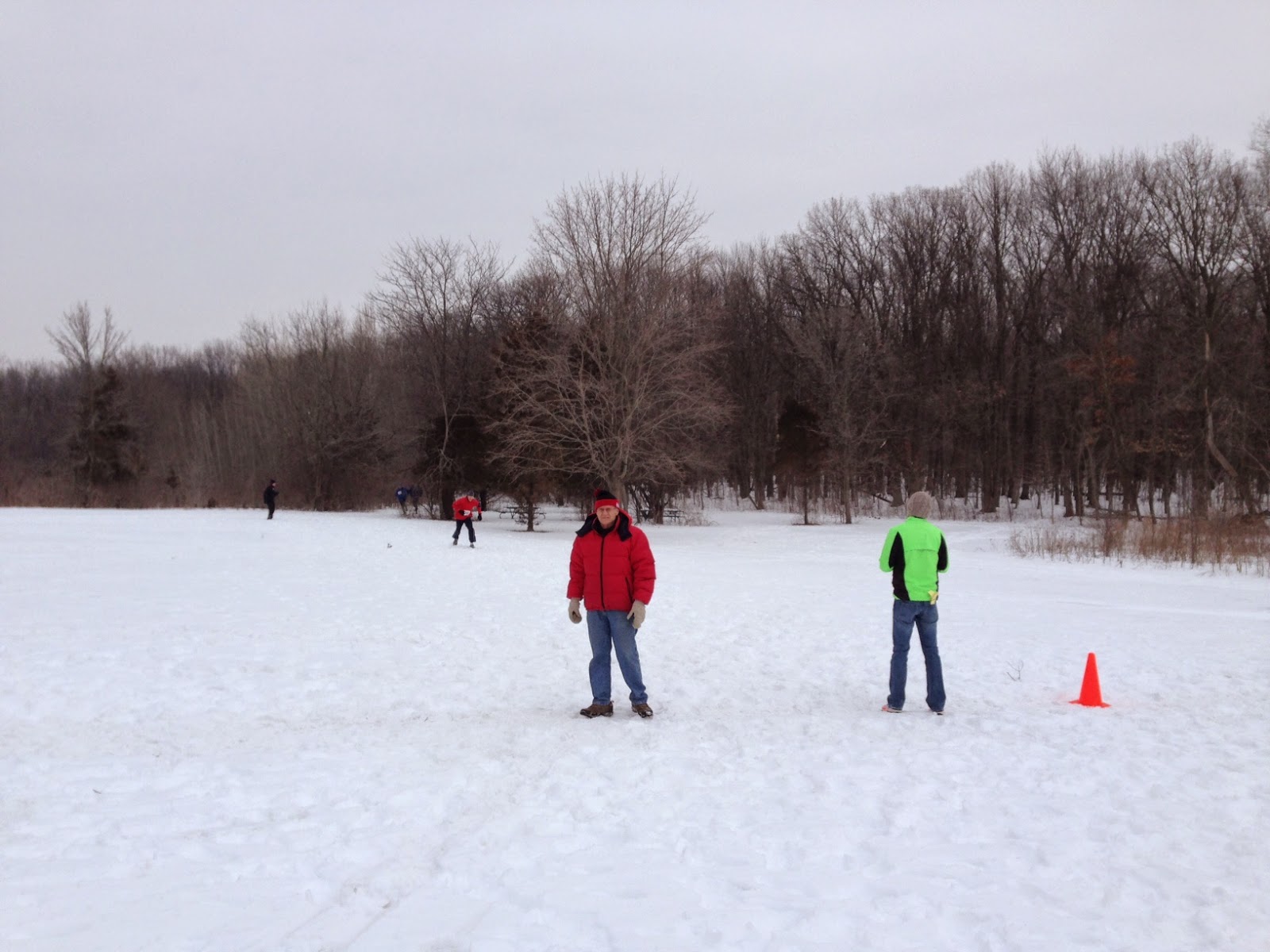