Earlier this month Nike Running put on a very sweet speed training session on the lakefront where we got to test out the new Nike Frees (which are incredibly light and very cool). But it was a bit more elaborate than a standard speed training event, as this ABC7 news clip (complete with video of me and my terrible running form) describes: 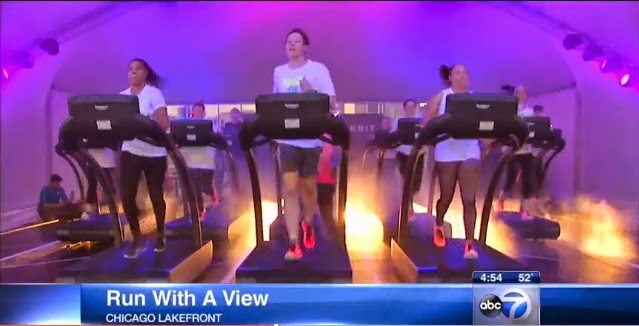 I do want to take a minute to highlight how lame this anchor is (in this report at least - I'm sure he's super cool in real life...):

Anchor 1: Just get out on the trail though, it's right there!
Anchor 2: Yeah, I'm sure that feeling doesn't last long, though. Once you start sweating and you're out of breath, you remember that you're on a treadmill (pronounced "tread-mil-hahilll-lll-llll").
Anchor 1: It feels good. It's the runner's high!
Anchor 2: Yeah. Whatever...

He literally said "Whatever" to this sweet running idea.

But maybe he didn't see the view from my treadmill, because it was very sweet: 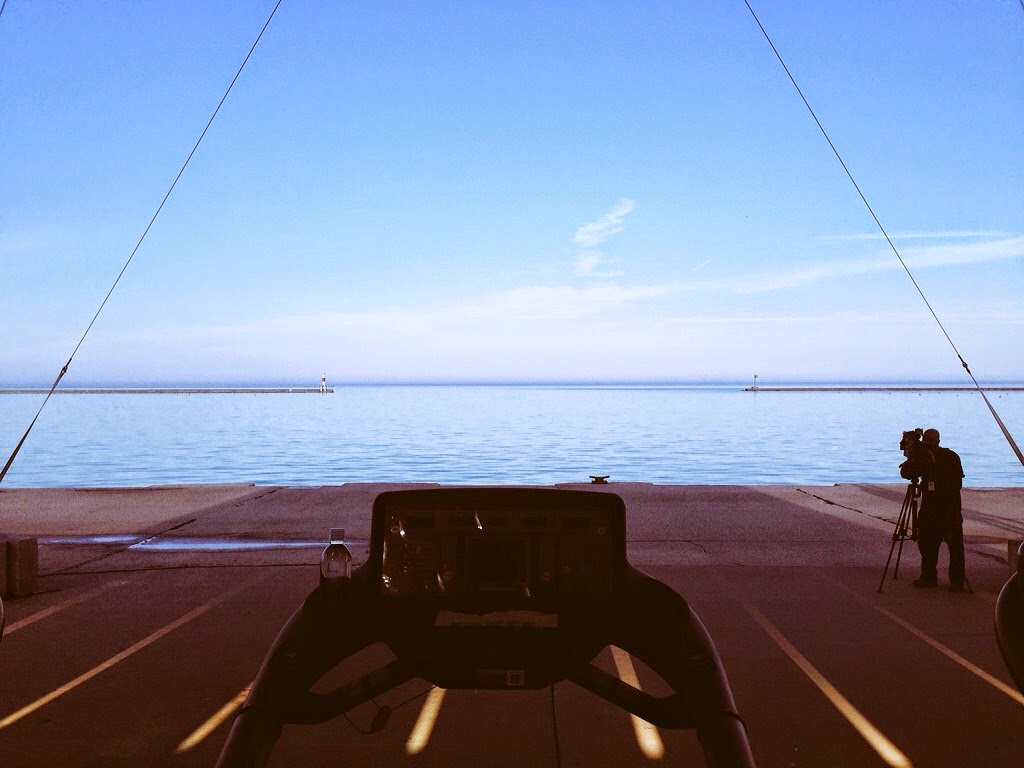 Anyway, the workout consisted of a series of running intervals strung together to make a series. We started with a warmup, and then ran through a set of paced runs. For the record, the paces were "fast," "faster" and "fastest." Though they also referred to them as "10k pace," "5K pace" and "mile pace."

I've never actually done a speed workout like this on a treadmill but it was a lot of fun and expanded my concept of the kinds of workouts you could do on a treadmill. It was like Spin class but with running - way more up my alley than spin. The full workout is available on the Nike website.

Here's a few shots of the temporary structure Nike put up near Buckingham Fountain for this event: 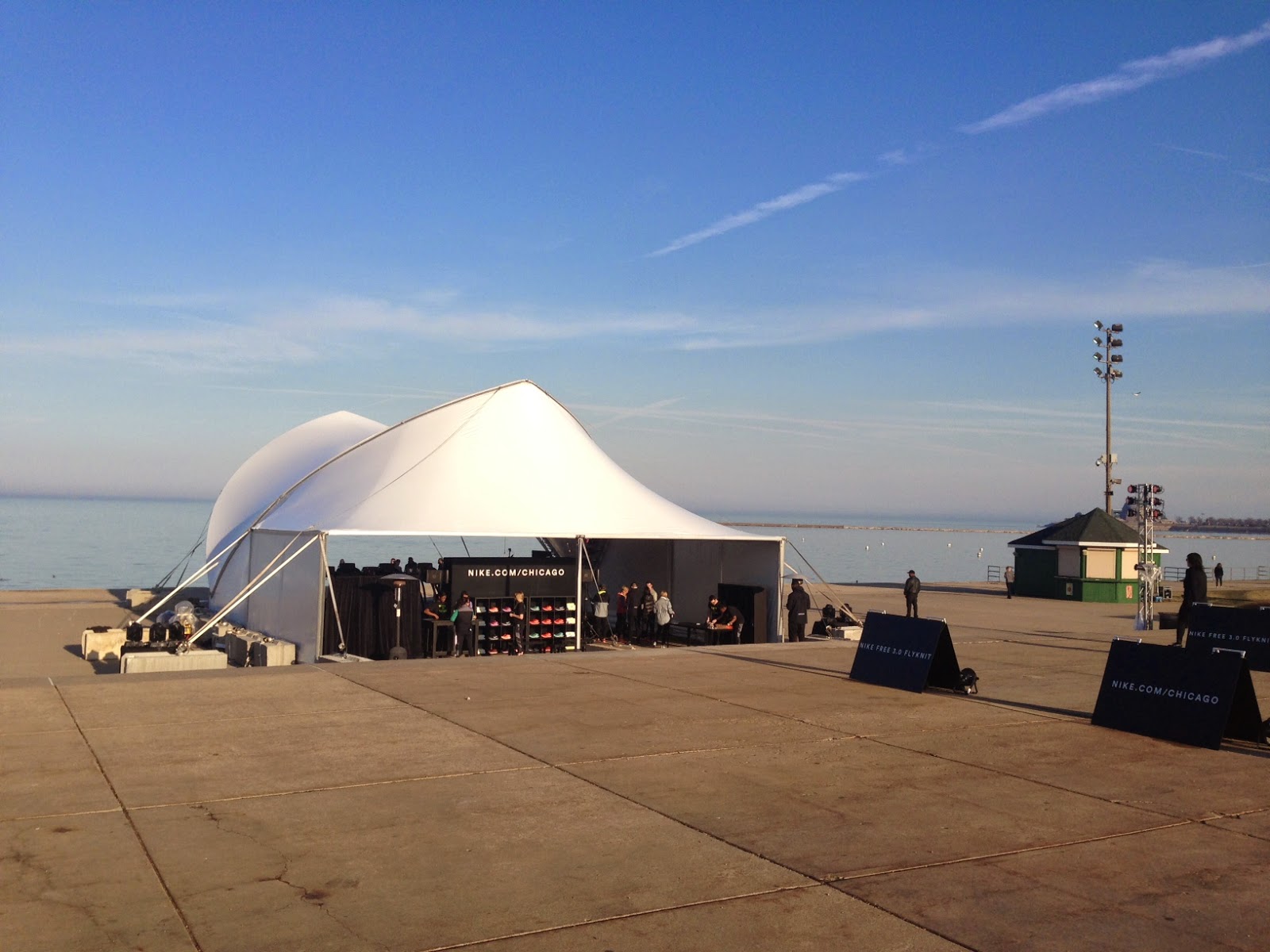 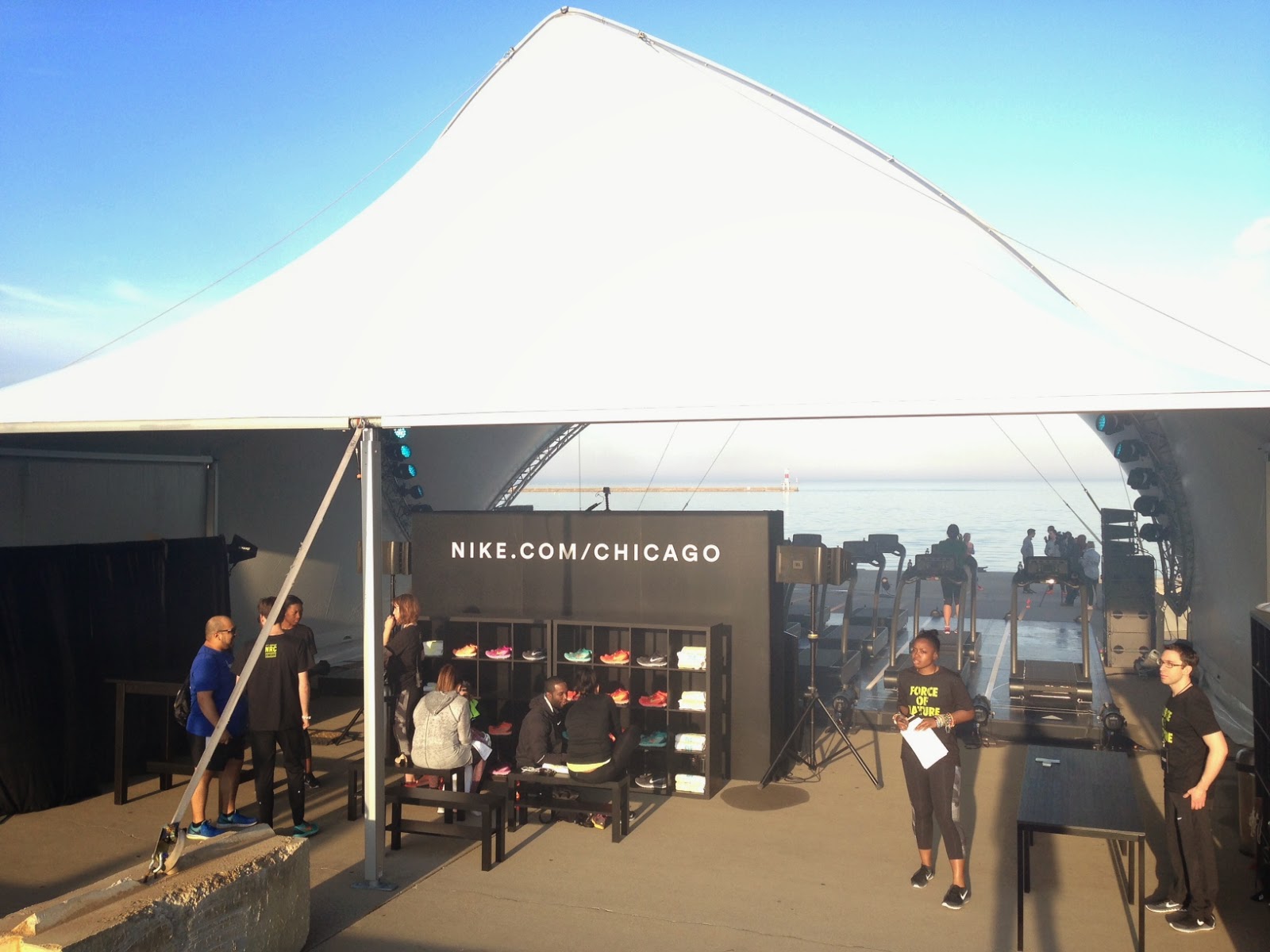 And three hardcore runners getting ready to start the workout: 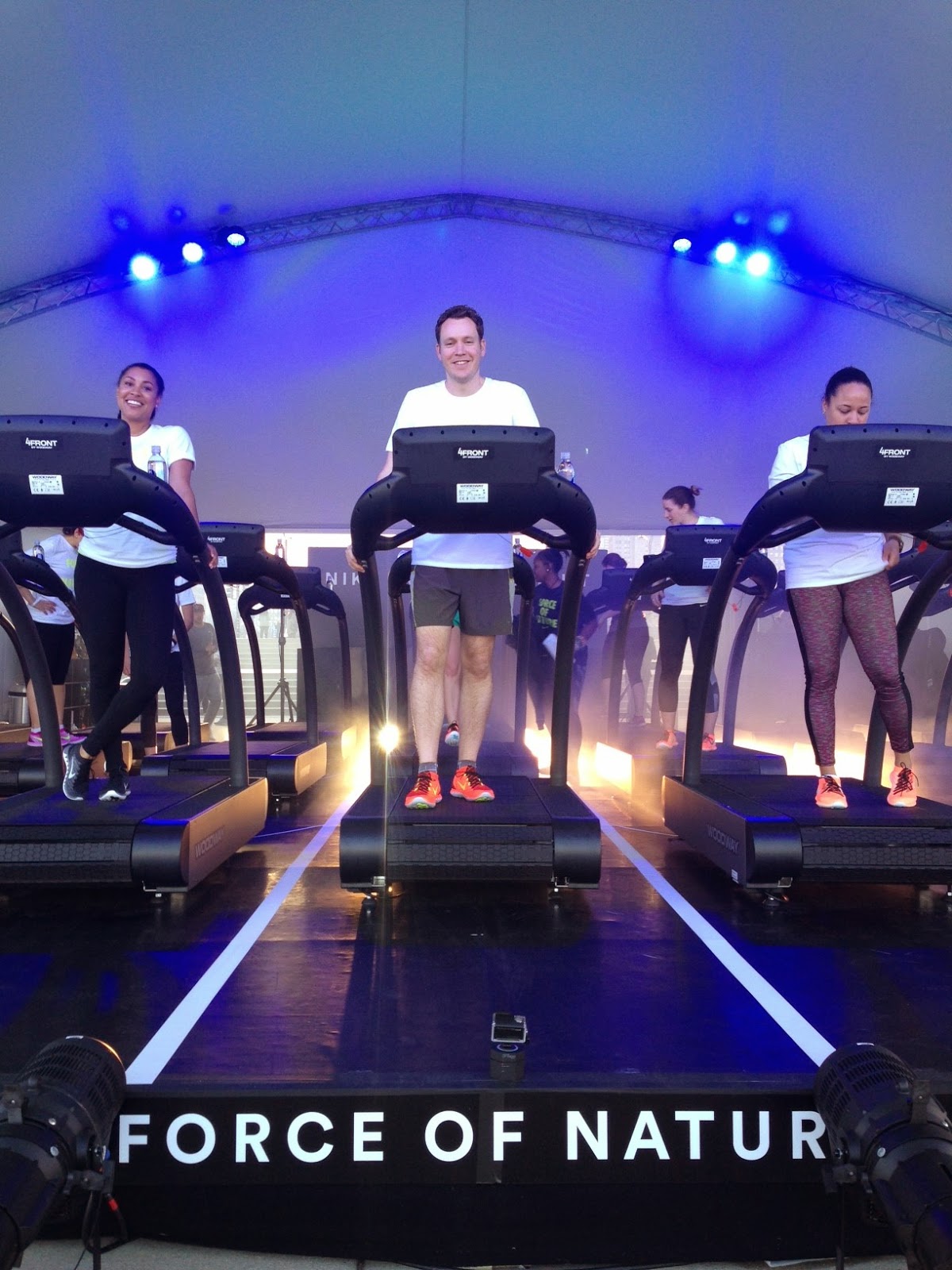 And, of course, a classic nerd high five at the end that definitely looks like we're not going to connect. (Just to be clear, that's Talk Nerdy to Me's Jacqueline Howard so she won't be offended by me calling her a nerd) 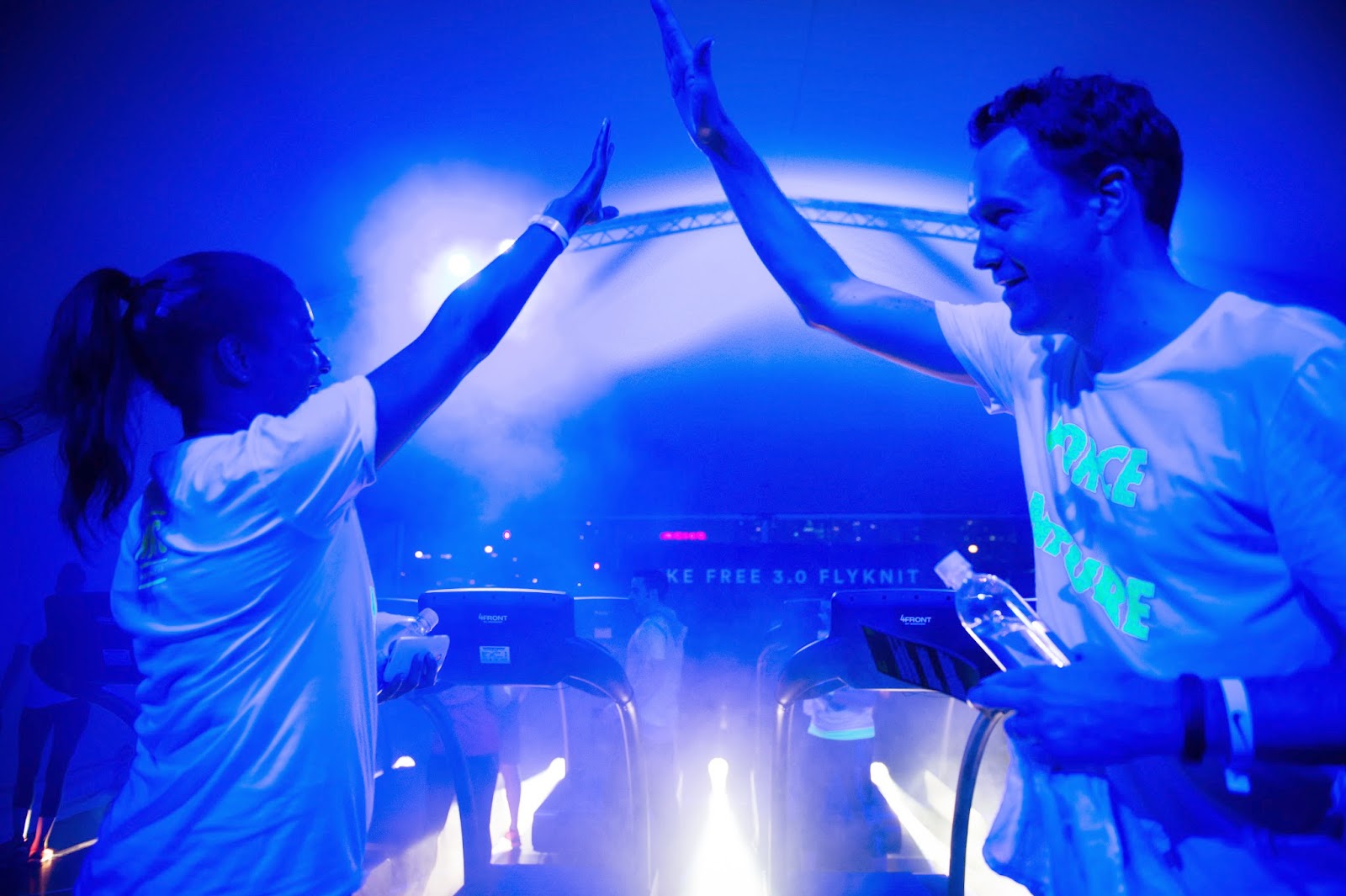