Running in the Texas Hill Country

October 30, 2012
Over the last six weeks or so I've run a mountain trail in Telluride, the Golden Gate Bridge in San Francisco and through Times Square in New York City (along with running in Chicago, obviously). So this weekend I took it all the way back to my homeland and ran the quiet county roads of the Texas Hill Country. 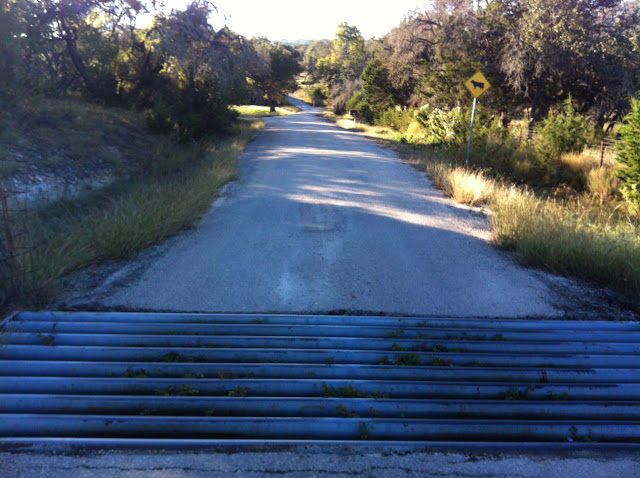 I was back in Texas this weekend for my dad's 60th birthday, which we celebrated by going to San Antonio and staying at Hotel Valencia on the River Walk (which I actually always thought was condensed to "Riverwalk" until I just looked it up...). I did some running on the River Walk as well, but it's a pretty tight trail and not exactly ideal for running, even at 7 in the morning with only a few other people out. There were even two bikers, who really had no room at all to pass. But at least they didn't say "on your left" - they just said "good morning."

Obviously, being faithful Texans, we checked out the Alamo. Feel free to be amazed by its glory: 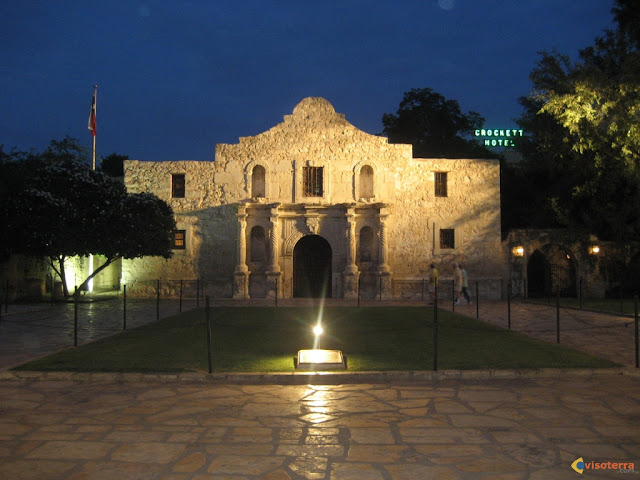 That's not my picture, unfortunately - I stole it from here - because the pictures I took weren't as good as this one... they were more like this (bikers again!): 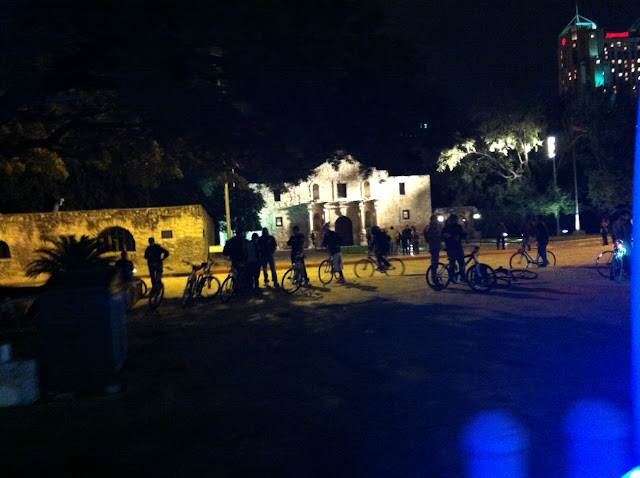 Anyway, after skipping my scheduled long run on Sunday (due to lack of sleep after seeing Robert Randolph, Jimmie Vaughan and ZZ Top at The Backyard on Saturday night) I went running yesterday morning on Loop 165 (which is off Highway 165 - great naming scheme right?) between Dripping Springs and Blanco. 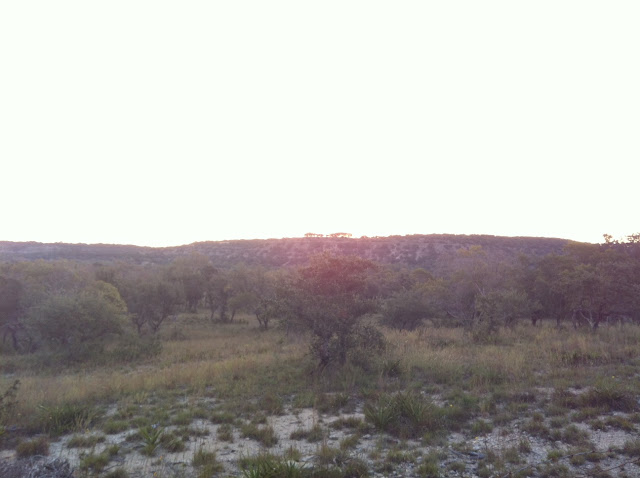 My preparation for the Grecian hills so far has been pretty lacking. Brynn and I have run a few hilly locations (including Telluride and San Francisco) and spent one workout repeatedly hiking up the stairs in our building, but otherwise we've just been running the flat streets of Chicago... so this was a good chance to get a longer run in with rolling hills involved. 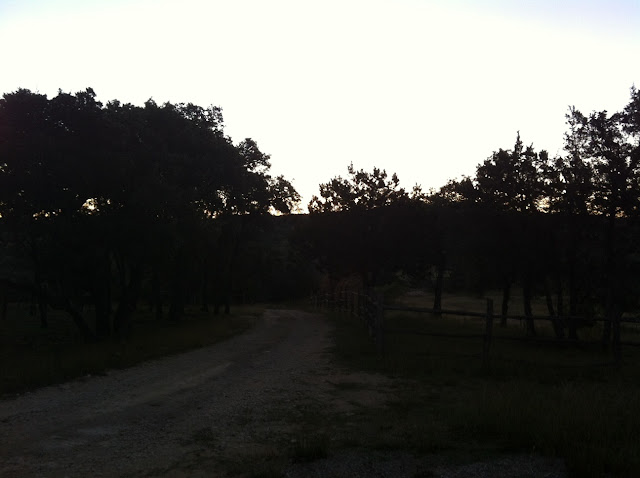 I set out down my parents driveway at 7:30 in the morning - the sun was basically up but still hiding behind the surrounding hills, which made the 45 degrees feel a little colder than it really was (yes, even to a Chicagoan). Their driveway is about a mile and a half of gravelly uneven road, so it was an exciting run going both out and back. 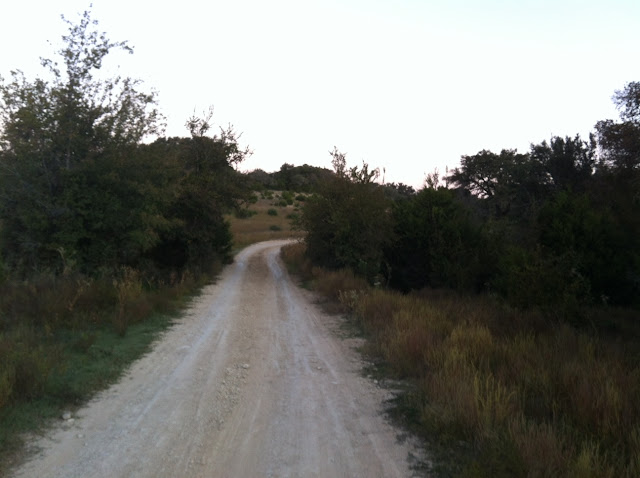 Once I hit 165, the going was a little easier since the road is paved. Also, the sun finally came over the hills and quickly got me warmed up. During my entire run (which ended up being exactly a half marathon, though I was aiming for 12) I only passed four cars (and one of them was my dad heading into town). 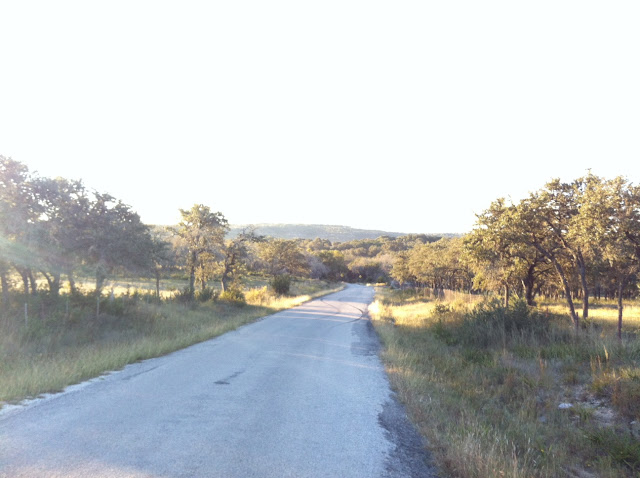 I also ran past a big buck, who took off when I was only about 10 feet away from him, a gang of turkeys (that's really what it's called - check it) and one lonely dude walking down the road with a big jacket on.

It was a pretty slow run (about 9:45 minute/miles) but really relaxing and reminded me (yet again) that running is a relaxing sport and I shouldn't try to make it about speed and PRs and all that. But it's hard not to... especially when you're running in a gigantic pack of people, like we will be for the Hot Chocolate 15K this weekend. Maybe what I need to do when I'm running on Sunday amidst those 1000 other people and I start feeling competitive, is just picture this: 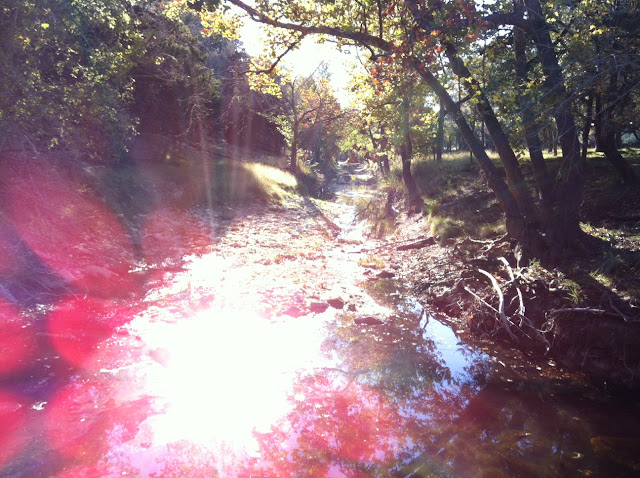 So... that's the last of my destination runs.

And in case you're like me and didn't know this, the new ZZ Top song "I Gotsta Get Paid" (which is way better than you might predict):


Is a remake of this classic gem from DJ DMD, Lil Keke and Fat Pat (also from TX):

So keep this chorus in mind when you're on a long run and need something to think about... incessantly.