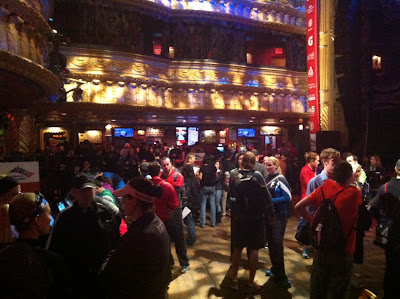 In case you weren't aware, registration for the Bank of America Chicago Marathon opens right now.

So, if you're planning on running in October, and you weren't at the pre-registration unveiling last night at House of Blues, you better go sign up now. Seriously.

Last year the race sold out in only six days. In 2011 it was 31 days... so if that same increase in registration is maintained, then according to my (very scientific) calculations, that means the 2013 marathon will sell out in only 28 hours. So if you're planning to run 26.2 miles through the streets of Chicago on October 13th, you have (according to my flawless math) between now and tomorrow at 4pm to register. Quick decision! 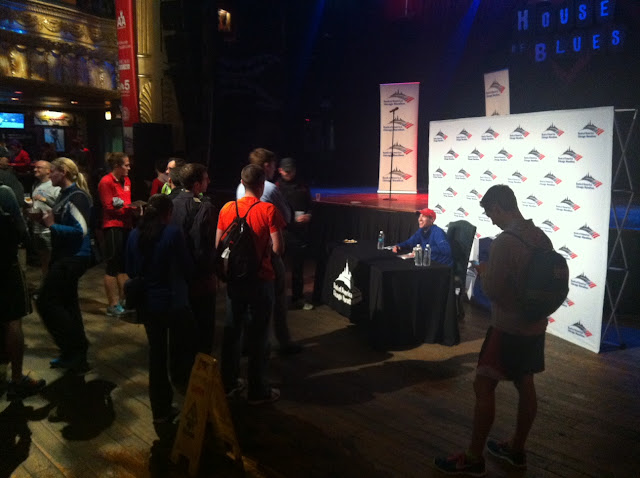 Try out the new Nike Flyknit Lunar1+ on a brief run: 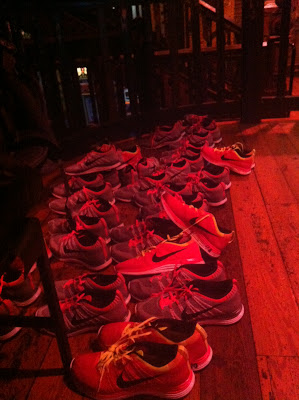 And, most importantly, register for the marathon before the general public.

And while all that was cool (okay, extremely cool), what I enjoyed the most, as with most running events, was the running itself. 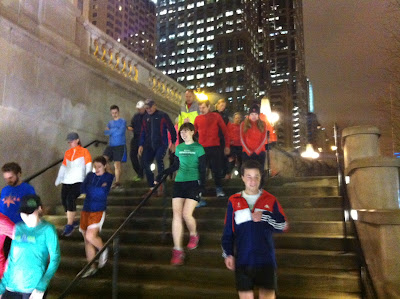 Event coordinators led the roughly 200 runners from House of Blues, across State Street and down to the Chicago Riverwalk. There we split up into six groups (fast, medium and slow pace groups for a three- or five-mile run), all led by official pacers of the Chicago Marathon.

I opted for the fast group running three miles (mainly because that group got to go first). At the very start of our run, as we passed under Wabash and rounded a corner, we blew past two guys huddled into a little alcove, smoking a huge joint. I think they were much more shocked to see us than we were to see them. I can imagine their surprise. They thought they had found a quiet little nook to share a joint on a rainy night and now around 200 runners were about to come flying past them. I really wish I had a Go-Pro on that would have snapped an amazing reaction shot at that moment. Oh well.

There were a few patches of ice along the riverwalk that we carefully avoided and running south along the Lakefront Trail was intense, with powerful winds pushing us back. Luckily, this did mean that once we turned around, near Jackson, that same wind was driving us back. Most of my "fast" group took off at this point, but the pacer and I stayed back, maintaining about a 7:40 pace. After we finished she said that was just her pace but I think she was being nice to me - she paces the marathon at the 3:45 pace. 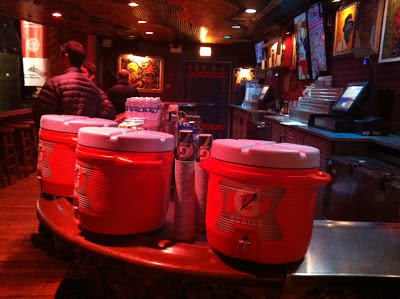 I used to review concerts so I've been to the House of Blues plenty of times, and I really loved seeing it set up like basecamp for a race. When else are you going to see giant tubs of Gatorade on the bar at House of Blues? Or the coat check converted to a gear check? Or dozens of pairs of Nikes strewn across the floor... well, I guess there's at least a chance you could see that last one some other time, though it's unlikely.

This got me thinking that a race that starts and finishes on the main floor of House of Blues would be an impressive Chicago running event. There would be a limit to the number of runners that could register, which would probably drive up the price, but man would it be cool. Then I realized that was the race I just ran. And that it was free.

In closing, this is me as some kind of running demon - I wish I had red light around me all the time as I think it would make me much more intimidating at the starting line: 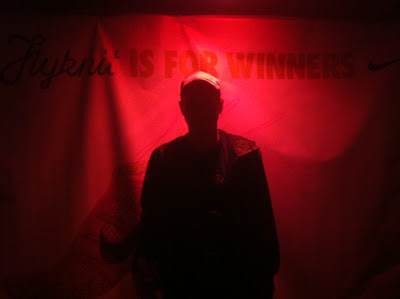