April 07, 2013
Last year was the first year I ran the Bank of America Shamrock Shuffle and it was a great experience.

But I think that this year was even better. Maybe because I knew what to expect, maybe because I haven't been getting to run as much lately and this was a welcome reminder of how much I love it... I'm not sure. My Newcity review has more on that. 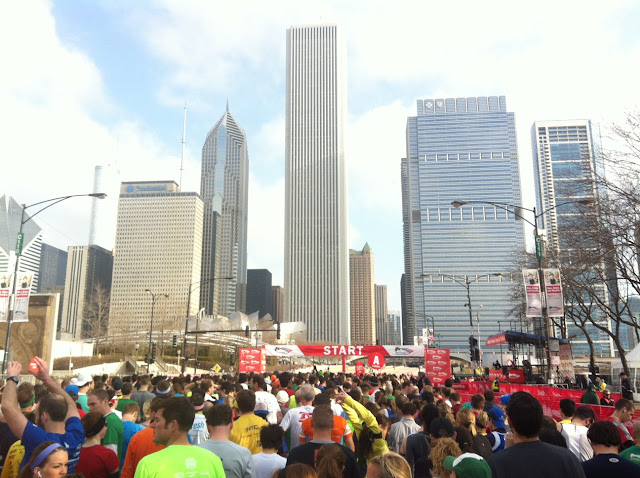 First off:
Since I found out about the Media Challenge last year as well (which my team didn't win), I was looking forward to getting a second chance at this.

The Media Challenge is a little competition that the race organizers do, pitting local media outlets against each other for a $2500 prize (which will be donated to the charity of the winning team's choice). Since Newcity doesn't have enough runners to comprise a team, I joined my friend Dina Bair's WGN team (I was also on her team last year). The team with the fastest average pace for the first four runners wins.

The competition was tougher this year (with 10 teams instead of only three), but Dina knows how to pick a team and we ended up winning with an average pace of 35:54 for our first four runners. I had a 37:02, so really, I was bringing our average down. But this means that $2500 will go to this charity to help fight breast cancer. Word.

Other stuff:
During the race, I passed The Joggler (with great difficulty) - this guy was flying and juggling the whole time... but he still was able to divert his attention for a second and smile for this photo: 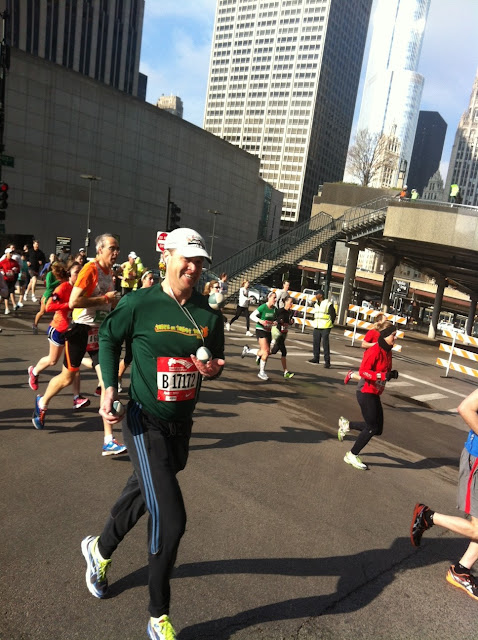 There were two green guys having a green guy consultation at the finish line. These guys are really into the whole Shamrock theme: 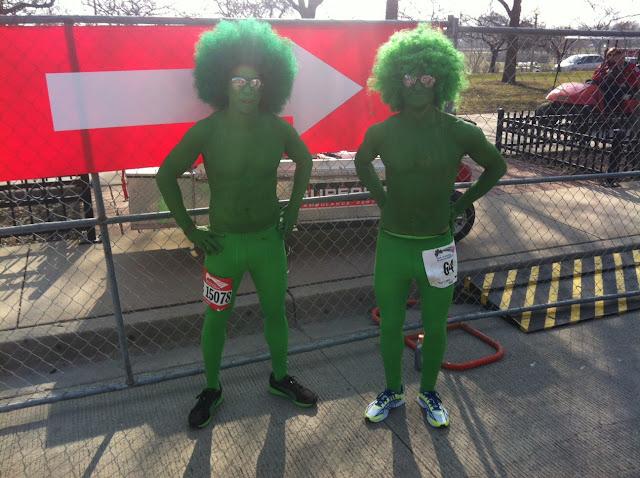 In trying to find out what the largest races are in the world, I found that even though the Shamrock Shuffle has almost 40,000 participants (34,369 finishers last year) they weren't listed on the illustrious Wikipedia page. So I added them to the List of Largest Running Events.

And, finally, since last year I took a picture of a giant stack of bananas, here's a better one from this year: 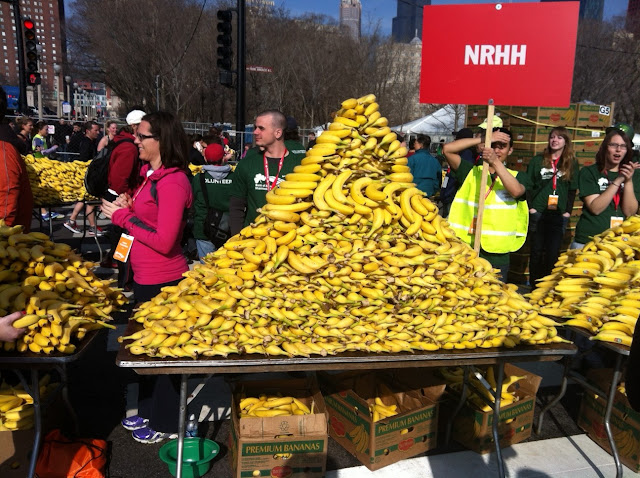 Hope everyone enjoyed the race! 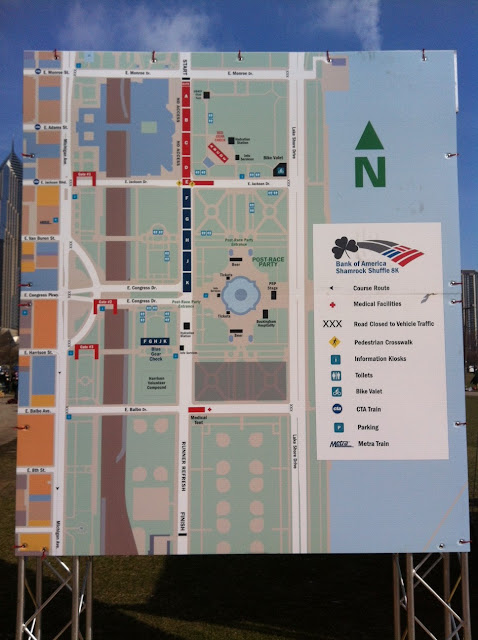