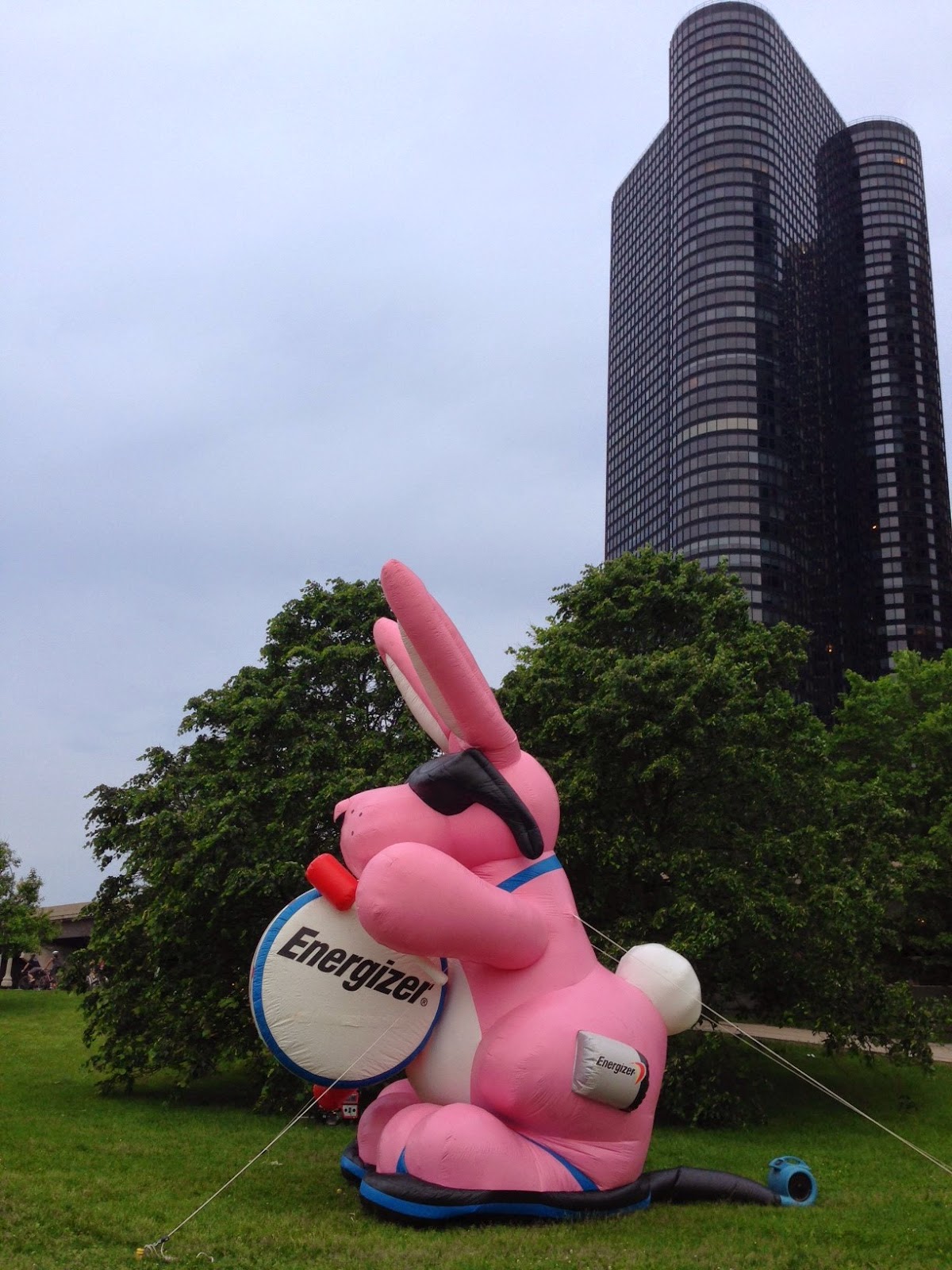 Night races are really starting to be a thing. And though I was a bit of a naysayer at first, I'm coming around. There's something cool about running on a course in the dark with a bunch of other people, especially when there are sweet lights and music and all that good stuff.

After driving back to Chicago on the night of Operation Pink Sky I headed downtown for the Energizer Night Race for a Brighter World. That's a really long title that somehow makes the race sound both better and worse than it actually was.

As I said in my Newcity review, putting a brand name at the front of a race title gives it a corporate sound - but this race didn't have that feel at all (despite the giant Energizer bunnies sprinkled around and the Energizer bunny ears everyone was wearing). Maybe it was just the fact that it was a night race but it felt much more laid back than a corporate race would.

Also, everyone had headlamps on which didn't help much at dusk but definitely looked cool.

The runners in the race itself were also laid back. In fact they were so laid back that I got 32nd place out of 845 people with a 22:50.

Packet pickup was at Universal Sole in The Park at Lakeshore East - and the line was long but moved pretty quickly. And the packet was very worth it.

The post-race party included a DJ and then a live band with a Cheesie's food truck and beer for sale. So it was a pretty good party. I don't know if this is something they're planning to do every year but it's definitely one I'd come back for.