Volition America Half Marathon - the Most Patriotic Race in Chicago

June 08, 2015
Saturday morning I woke up at six with a cold that I had been dealing with for a few days, took some DayQuil and caught a train downtown. Since DayQuil is basically magic (at least for a few hours) by the time the race kicked off at 7:20 I felt totally fine. And the race - the Volition America Half Marathon - was totally fine too (check out my Newcity review for some elaboration on that sentiment).

When I got to the starting line it was pretty packed - both with runners and with American flags. I didn't realize until after the race that there were over 600 runners. Organizers did a good job of packing us in there without making us feel so packed in. 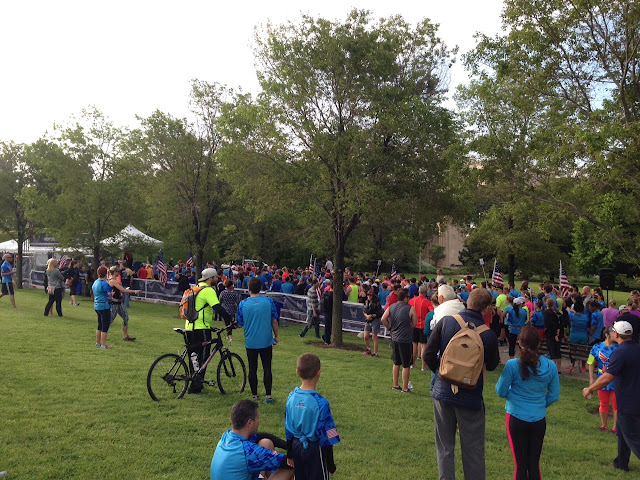 Pretty much everything about this race was well-organized, especially for an inaugural race. The gear check was the size of gear checks that I've seen in much larger races (there were around 800 runners in both the half marathon and 5K) and I was able to check my bag right after arriving. 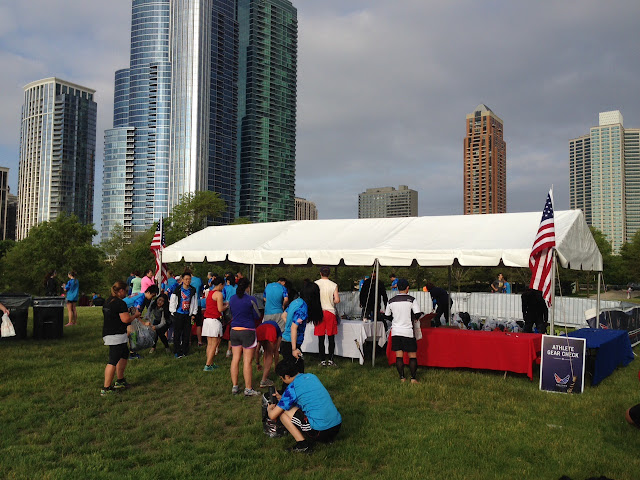 The course itself was pretty standard for Chicago lakefront races - an out and back along the Lakefront Trail, heading south around the Shedd Aquarium and past Soldier Field before crossing over the 47th Street Hill (the greatest hill in all the prairielands) and then turning around (and re-climbing 47th Street MOUNTAIN). The weather was perfect, the course was nicely marked and the finish line was just as patriotic as the rest of the race: 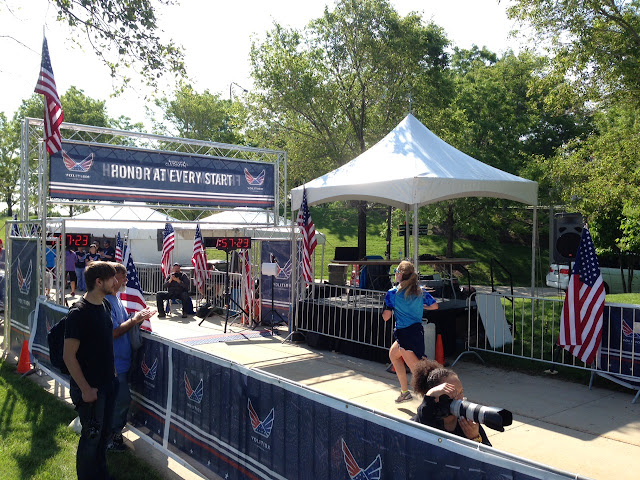 There was a band after the race playing some sweet tunes and there was an abundance of post-race food. Including Nesquik chocolate milk which seems to be making a play for the running world - a play that I very strongly support as it is an incredibly delicious thing to drink after a long run.

So, in closing, Go America! Go Nesquik! And go running on the Lakefront because it's beautiful right now!

And here's a closing shot of walking east through a tunnel to Arvey Field on Saturday morning: 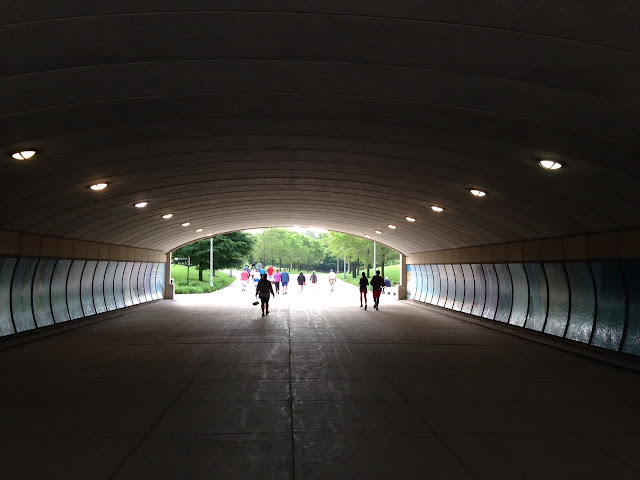