I'd never even heard of Burbank, Illinois until I found out about the Burbank Park District's Frosty 5K run earlier this week. Luckily, my friend Antonio was down (on short notice) to head out to the suburbs for this one. And luckily again, Burbank is only about 20 miles outside Chicago (or at least 20 miles from downtown Chicago) and the race didn't start til 9am, so it wasn't like we had to crawl out of bed super early.

Overall the race was pretty straightforward: easy to find, flat course, nice people, good prizes at the post-race party, a not-too-chilly day and a dancing Frosty the Snowman - I think I covered most of that stuff in my review for Treadmill. 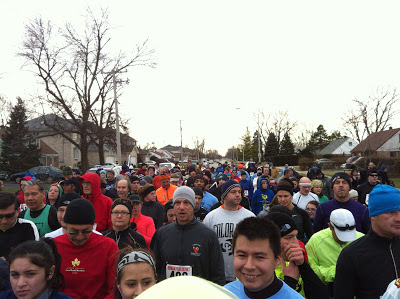 But all that being said, this race was way harder for me than I expected. This is the first 5K I've done in over a month and I definitely haven't stayed trained up for this distance. For some reason I keep thinking I can jump back into racing at the same pace I was running at the end of last year... and that's definitely not the case. I started out way too fast and then had to spend the rest of the race just trying to maintain. I was actually pretty surprised to see that I finished with a 23:22 (or something close to it) because I felt a lot slower than that, so I'm not actually as disappointed as I thought I would be.

Right around the second mile marker a woman that I had been talking to at the starting line caught up to me and declared: "Come on, you're going to finish with me. Let's get going." I was not feeling so great at this point but, on command, I sped up a little bit with her. And each time she would get a little ahead of me she'd say, "Keep up! We don't have that far to go - we can do this." So for maybe a quarter or a third of a mile, she kept my momentum up by sheer force of her own will and we passed maybe five or six people. But right when I started feeling like maybe this would work... my sides started telling me that there was no way I could maintain this pace for another 3/4 mile and I had to tell her to go on without me. At that point, I was doubly disappointed - for letting myself down and also for letting some random lady down.

I found her after the race and thanked her for encouraging me and apologized for not being able to keep up. Her response was pretty awesome. Keep in mind this is someone I have never met before.

She just looked at me and said: "This isn't just a regular run! This is a RACE! You're not out for a jog, you have to put it all out there. You gave up!"

Maybe she's a running coach... but even though she's totally right, and I think I probably could have really dug deep and kept up with her, I most likely would have been throwing up the Mayan Palace margaritas I had last night right after crossing the finish line... and to me, that's not worth cutting 60 seconds off my time. But I really appreciated her not cutting me any slack. It was better than if she would have been like, "Well, you really tried. Next time."

So, in closing, thank you random lady for encouraging me. Even though I let you down this time, from now on, when I'm in the middle of a race I will always remember the distinction between a race and a run and dig just a little bit deeper. Everyone else: if someone encourages you and you go with it... you better be ready to give it everything, or you're going to be told what's up afterwards. 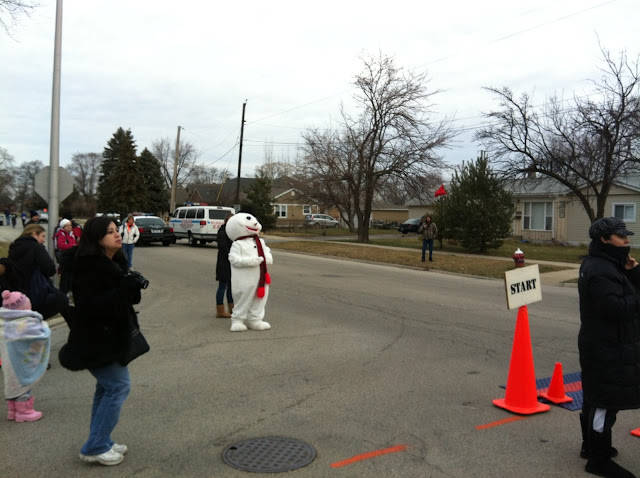 Anyway, here's the long-sleeve cotton shirt with the race logo. I like the color and logo, but I'm just not a big fan of these plain cotton shirts anymore: 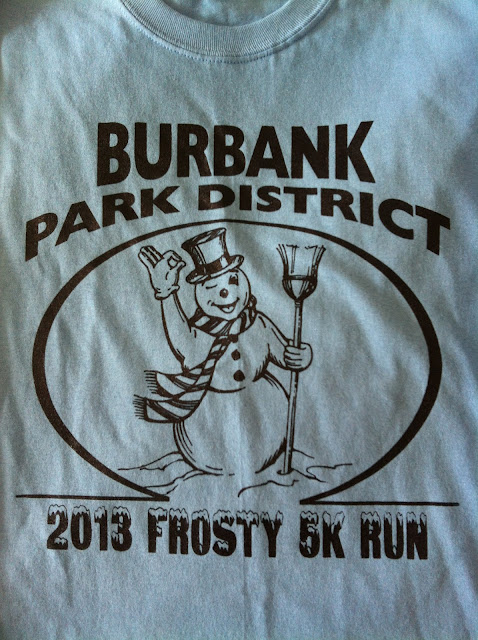