F^3 Lake Half and the Abominable Snowman/Yeti

January 27, 2013
Before I say anything else about the race, I think it's most important to note that there was a yeti on the trail. The yeti is like Bigfoot, except that he's from Nepal. Somehow this mythical creature was able to sign up for the race, get a bib and start with the rest of us. Luckily I snapped a photo of him as he was about to attack me. That photo is on twitter and on my Newcity review. I hope scientists can use the evidence that I gathered to prove that the yeti does exist, and that he enjoys freezing cold, mid-to-long-distance races. Also, it looks like he somehow figured out how to put on sunglasses and headphones, two accessories that I forgot. Even the Abominable Snowman knows: preparation is key.

Despite the cold temperature, yesterday was a beautiful day for a race, especially because the sun and the lack of strong wind helped to make the cold not that big of a deal. In fact, I think the Abominable Snowman was probably sweating up a snow-storm for the first half of the race, running south into the sun with the wind at our backs. There was a slight wind when heading north after the turnaround near Oak Street Beach, but by that point I was looking forward to it. I definitely didn't plan to overheat in 18 degrees on the lakefront. 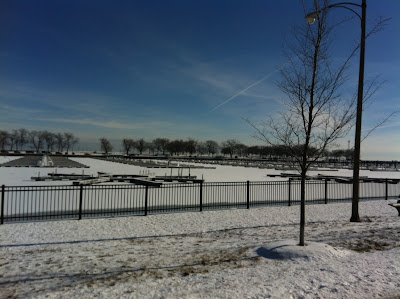 About four miles in I saw Maggie and we chatted for a while - for both of us the goal was just to finish. This was the first time in a while that I have just gone out during a race to have fun and finish, and it reminded me why I look longer distances so much. In a 5K or a 10K you basically feel like you're running as hard as you can the entire time. Yesterday I felt like I was just having fun... and that's such a better feeling. Also, both the fresh snow along the trail and the partly frozen lake added some beautiful images to my memory bank of "nice things I've seen on a run" so I appreciate F^3 for getting me out there today. Though it should be acknowledged that they got really lucky with the snow and the weather - it's been almost 11 months since we've had a full inch of snow in Chicago.

I finished with a 1:55, which I was very happy with since I wasn't really sure I could finish in under two hours.

And here's some photos of a base camp in Antarctica, I mean the start and finish area of the race: 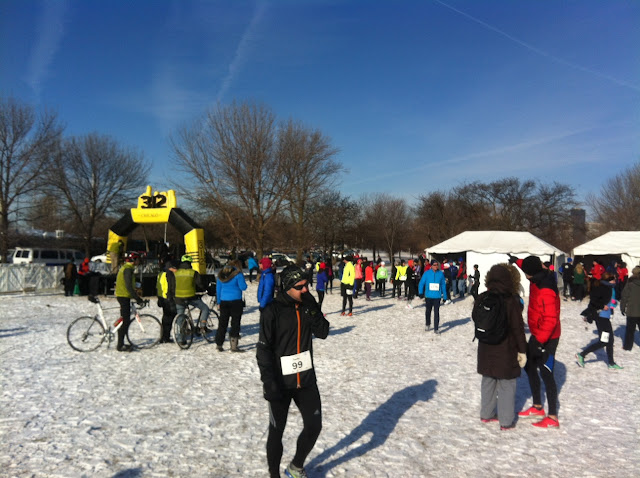 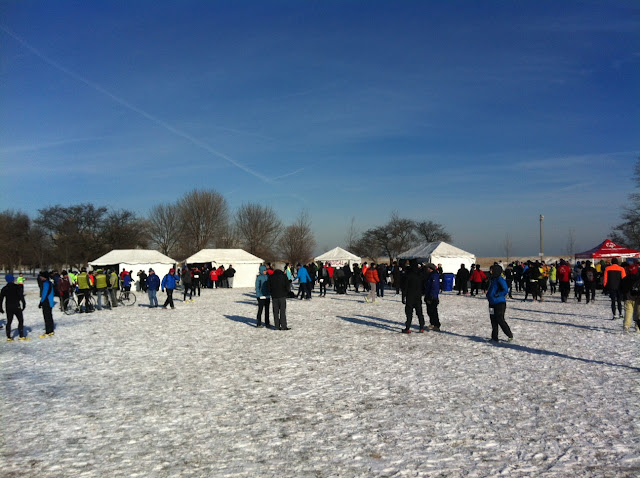 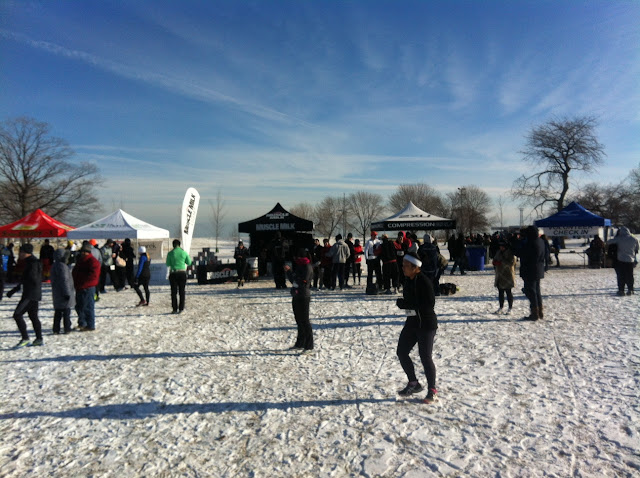