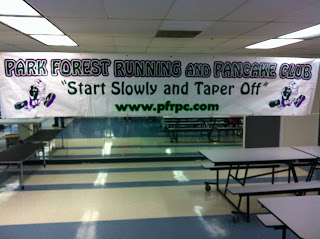 I headed back out this morning for the second 5K of my weekend double-header with my partner in crime Antonio. Luckily, today's race, the Park Forest Running and Pancake Club's Midwinter Cruise 5K, didn't start til 10:30 so we actually got to get some good weekend sleeping in before waking up to some freezing temperatures. I already wrote about the basics of the race for Treadmill.com but there's gotta be some extra stuff to add right?

First of all, I really liked that they gave out gloves instead of race shirts. I grabbed the blue ones and Antonio grabbed the grey ones. They were one-size-fits-all and they had about five colors - blue being the craziest - all with the running group's running turtle logo embroidered into the wrist.


Check those mofos out: 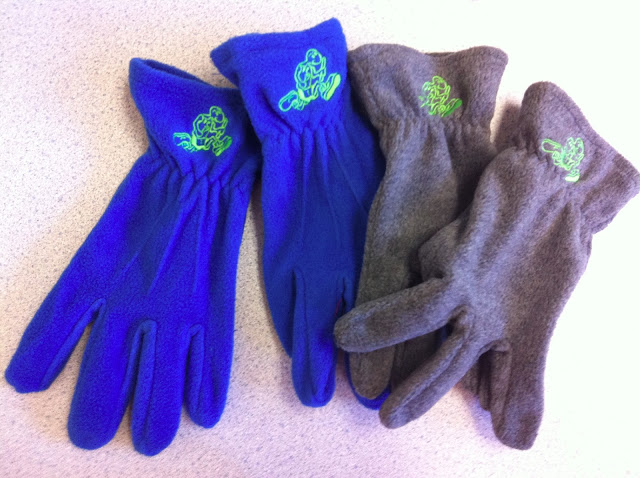 So, first of all, it was (literally) freezing this morning. I think it was about 15 degrees when we set out... and it felt like it. As soon as we stepped outside of the junior high that was serving as base camp I just wanted to turn around and head back inside. We started guessing how many people had registered for the race and then just decided not to show up... probably a lot... but I think this guy's shirt (who was sitting behind me at the post-race pancake breakfast) sums things up pretty well: 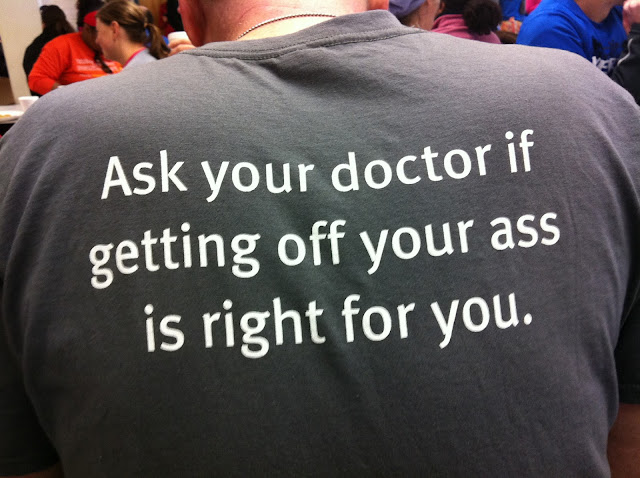 So we stuck it out and ran our 5K in the cold. And it was a good race, despite being a double-loop rather than the more typical single loop course. I saw Maggie at the starting line and tried to keep up with her but I didn't even come close. She was killing it.

But what was best, for me personally, as someone who's turning 30 in a few months, is that my 25-29 age group had no one fast in it (aside from the guy who WON the race). So I ended up getting first in my age group (despite finishing with a 23:42 - slower than yesterday's race). Antonio beat me by over a minute and a half, but ended up tying for second in his more competitive 30-34 age group. But we both got to take home these super sweet sailboat trophies (he got bumped to third even though he was tied down to the tenth of a second): 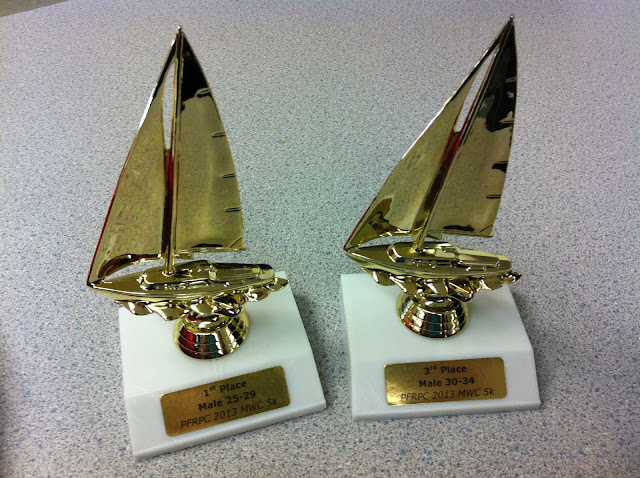 With the five year age groups, sailboat trophies, cheap registration price and all-you-can-eat pancakes, this is a race I think I'll be signing up for next year. I'll just have to be more prepared to run at a competitive 5K pace, because by that time I'll be in the 30-34 age group as well.