Running in the Single Digits 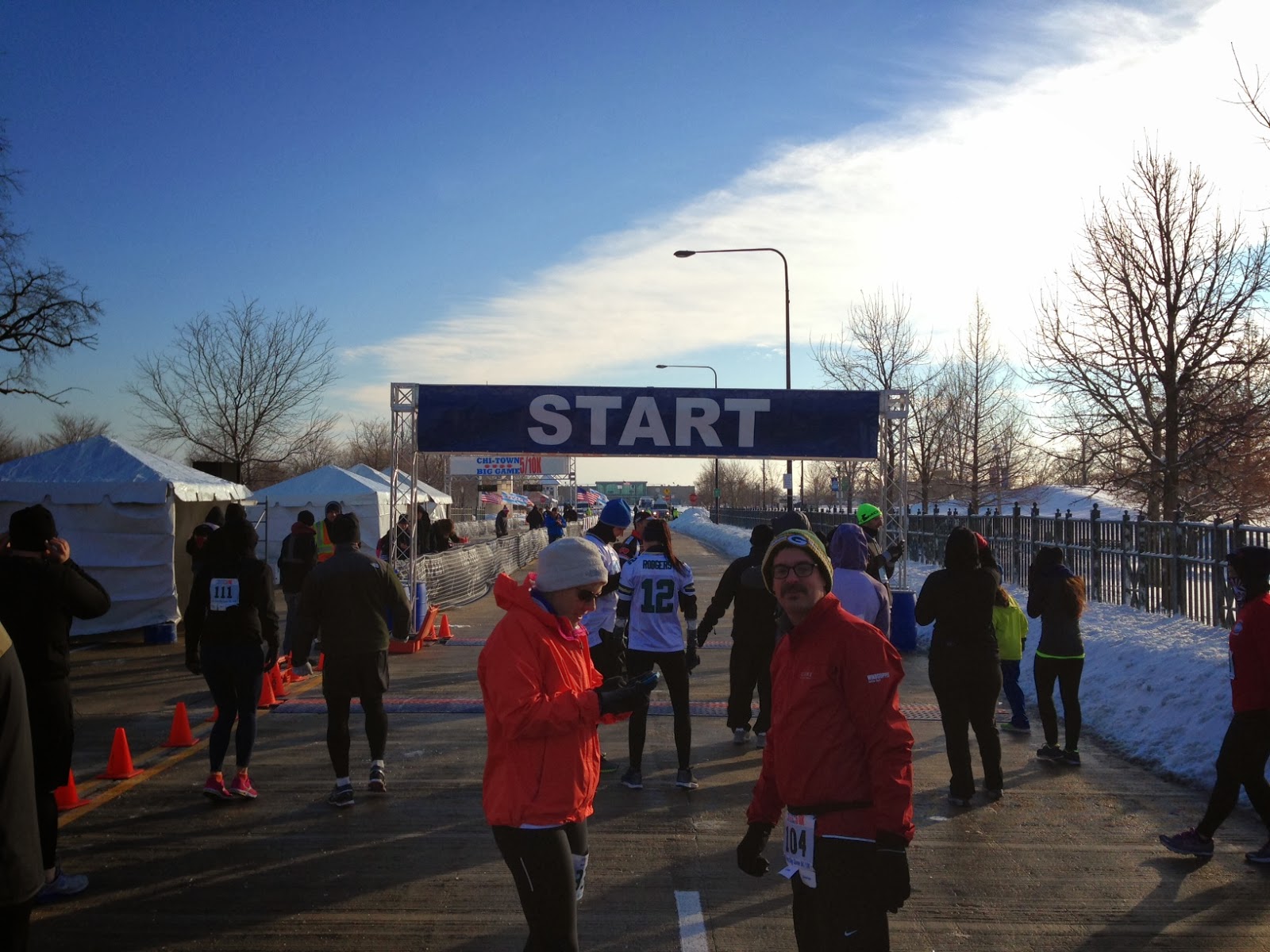 Once again we're heading into a weekend where the temperatures are not just sub-freezing, but dipping down into the single digits. Although part of is a little disappointed that I'm not running Universal Sole's latest Trail Challenge in Willow Springs tomorrow morning, part of is a little glad that I don't have a car and everyone I asked wasn't available to drive out there. Because it's going to be cold again tomorrow morning and my house is going to be way warmer than a trail run. Still, if you're planning to head out there, I'd still take a ride - because 4-5 miles in the woods in 10 degrees is still somehow appealing to me.

Seriously, if you're running this race and have room for someone to bum a ride - let me know. Otherwise I'm hitting up the nice, warm treadmill at the gym this weekend. 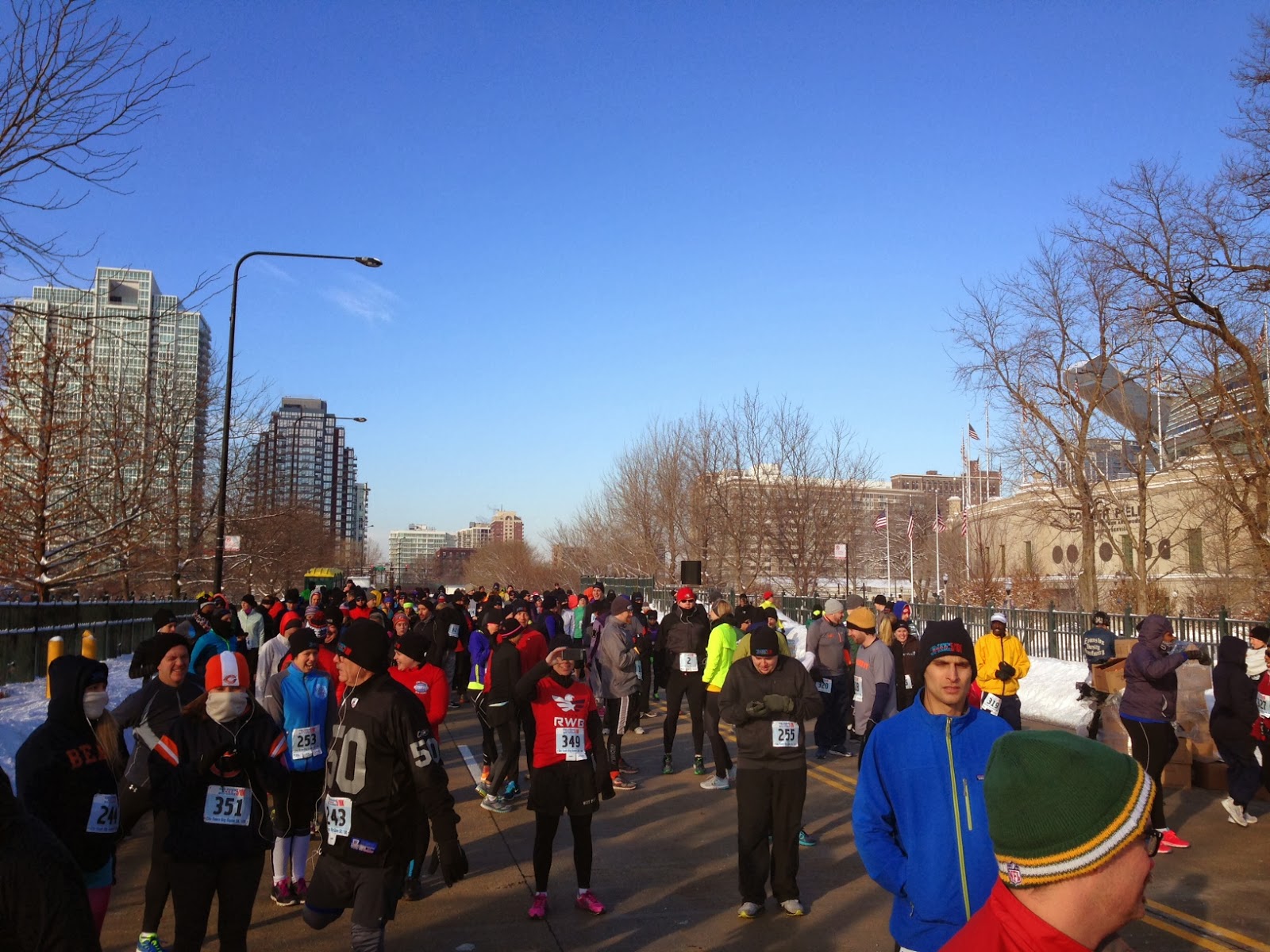 Anyway, this past weekend I ran the second annual Chi-Town Big Game 5K as part of FuzzyFest 2014 - if I'm weird for wanting to run in the cold, Fuzzy's crazy - this is something he intentionally did to celebrate his birthday. And he did the 10K. I only did the 5K (I was originally signed up for the 10K but Brynn decided to run so I dropped down to the 5K to run with her). And while it was cold, it was actually a pretty pleasant race because of all the sunlight. But there weren't really that many people there (more people may have signed up and bailed on race day, but only 224 people finished the race). This is actually kind of a bonus for a race like this because it's clearly designed for way more runners - I'd say at least 1000 could have run this course easily without the course becoming too clogged. With the turnout there was, it was smooth sailing throughout the run - lots of open space and a surprisingly well-plowed trail (given that it snowed quite a bit on Saturday).

But you can read about all of that in my Newcity review.

So as we go into this new frozen weekend, I have no races on my schedule until May. I know that I'll be running plenty of races between now and then but I'm just not sure which ones yet.

Here's the only picture I took on the course of the Chi-Town Big Game 5K - it was a beautiful day for running, but not for taking your fingers out of your gloves to snap pictures: 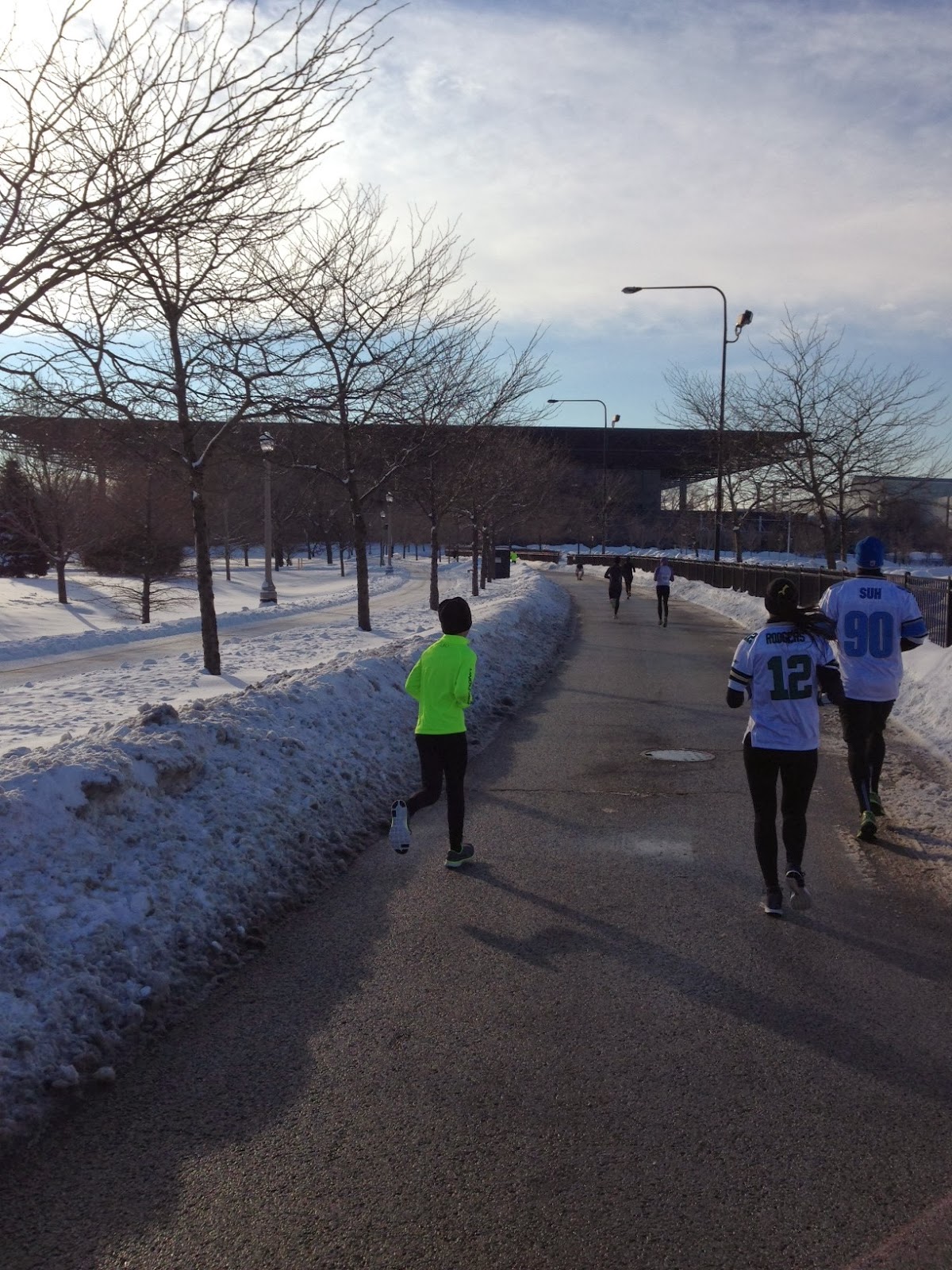