5K March to College: An Interview with Marybeth Lernihan

Last year, one of the more interesting races that I ran was a little weekday evening run called the 5K March to College.

Started in 2012, this race is hosted by Companies That Care and is used to promote higher education to the students involved in their mentoring programs as well as to raise awareness about their programs to a greater audience. To that end, a college fair takes place a few hours before the race kicks off and each participant's shirt represents where they currently stand in relation to their college career:
To find out more about both the race and Companies That Care, I got on the phone with Marybeth Lernihan - a board member of Companies That Care since 2009 and an integral part of the coordination of this year's 5K March to College.

First of all, what is Companies That Care and what do they do?
Companies That Care was created to promote social responsibility for companies throughout the United States. A program within Companies That Care is Aim High, which allows companies to be actively involved in mentoring underprivileged students and helping them get to college. It's a long-term mentoring commitment by companies rather than a one-on one mentoring situation where if a mentor drops out then the student is left without a mentor. In this set-up, if a mentor drops out then the company takes responsibility and brings in someone else. That's what makes it a unique program.

Why did you start the 5K?
The race started in 2012 with the concept of bringing light to the fact that we want to encourage all students to be able to think about and dream about going to college and be able to get there. So, visually as this race grows we’re reminded each year that we’re trying to encourage all students from throughout the Chicagoland area to have the opportunity to attend college. And corporations are behind that and people are working together to make that happen. That’s where the March to College name came from.

Why did you choose to have an afternoon race instead of a weekend race?
Our mentors come from many companies and a lot of them are in the city. Similarly, the students are also in the city on a typical school day. Since most of our mentoring events occur on weekdays, this is in rhythm with our events throughout the year. It’s a lot easier to get all of our participants in the program together on a weekday. This way the mentors and students can come together, along with the general population. The pre-race college fair is set up for the students to arrive earlier than the runners and have an opportunity to see representatives from the local colleges and get an idea of what college life is.

What changes are you making to the race this year?
It's a learning process. This year we're adding age groups, attempting to set up corrals so that the faster runners can go off first. We're also going to be giving out flyers to running stores in various communities to help spread the word, along with communicating with more after-school running programs to encourage them to bring their students and run as well. We're also reaching out to college alumni groups to see if they can have a presence. We're not only interested in getting students out, but would like to see college graduates represented there as well. 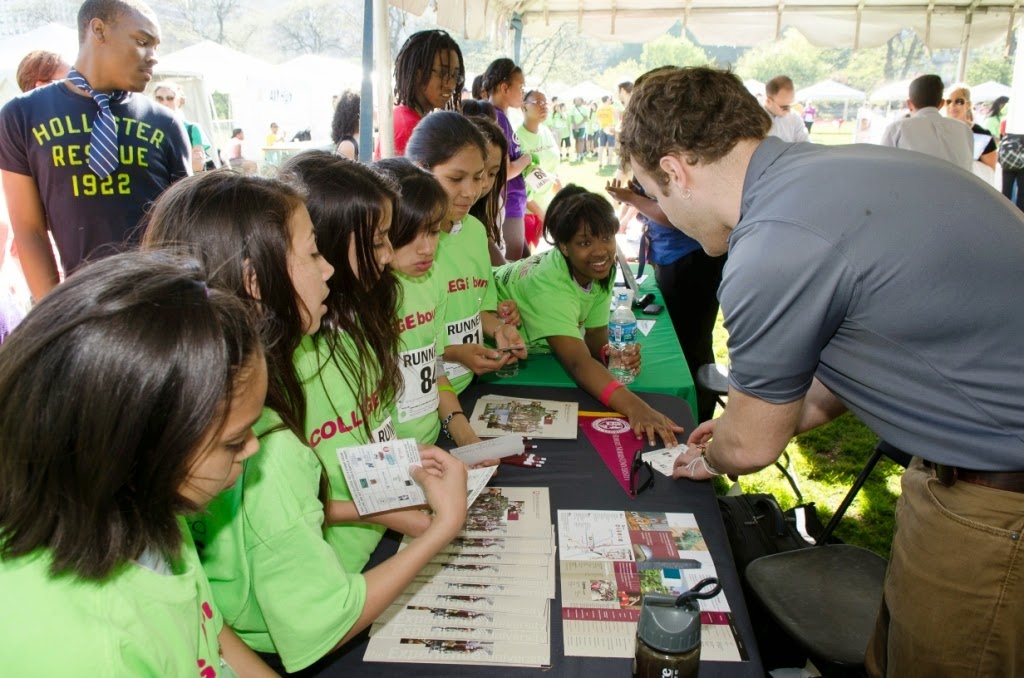 When the race started in 2012, organizers had around 350 participants. Last year that doubled to 700. This year, they are hoping to double participating again. If you don't have any plans after work on May 8th, I'd definitely recommend checking the 5K March to College out: