When There Are Two Distances, Choose the Shorter One: Chi Town Half Marathon & 10K

April 07, 2014
In the middle of last week I decided that after running outside for the Shamrock Shuffle last weekend and then hitting up the treadmill again all week I needed some kind of race to get me outside again this weekend (well... last weekend now). I did some searching and decided to sign up for the Chi Town Half Marathon & 10K.

I thought about signing up for the half but I figured that after running on a treadmill for distances only ranging between 3 and 6 miles all winter I would just end up hurting myself like I did early on last year and ruining the rest of the year for myself again. So I signed up for the 10K instead. Good idea.


Good advice that I gave myself a while ago that I hardly ever follow:
When an event has two distances, sign up for the shorter one.

So, I did some hill work on Saturday (and by "hill" I mean setting the treadmill to random elevation) and then Sunday morning Divvied over to Lincoln Park for the race.


Luckily my pedals both stayed on for the entire ride this time. Last week:


The race started at 8:15 and both half marathoners and 10Ks took off together - which I kind of appreciated (since there were only 1225 runners total anyway). There was a weird layout for the starting line that kind of irked me. Check out this little chute that tightened the starting line up to just about four people across just before take off: 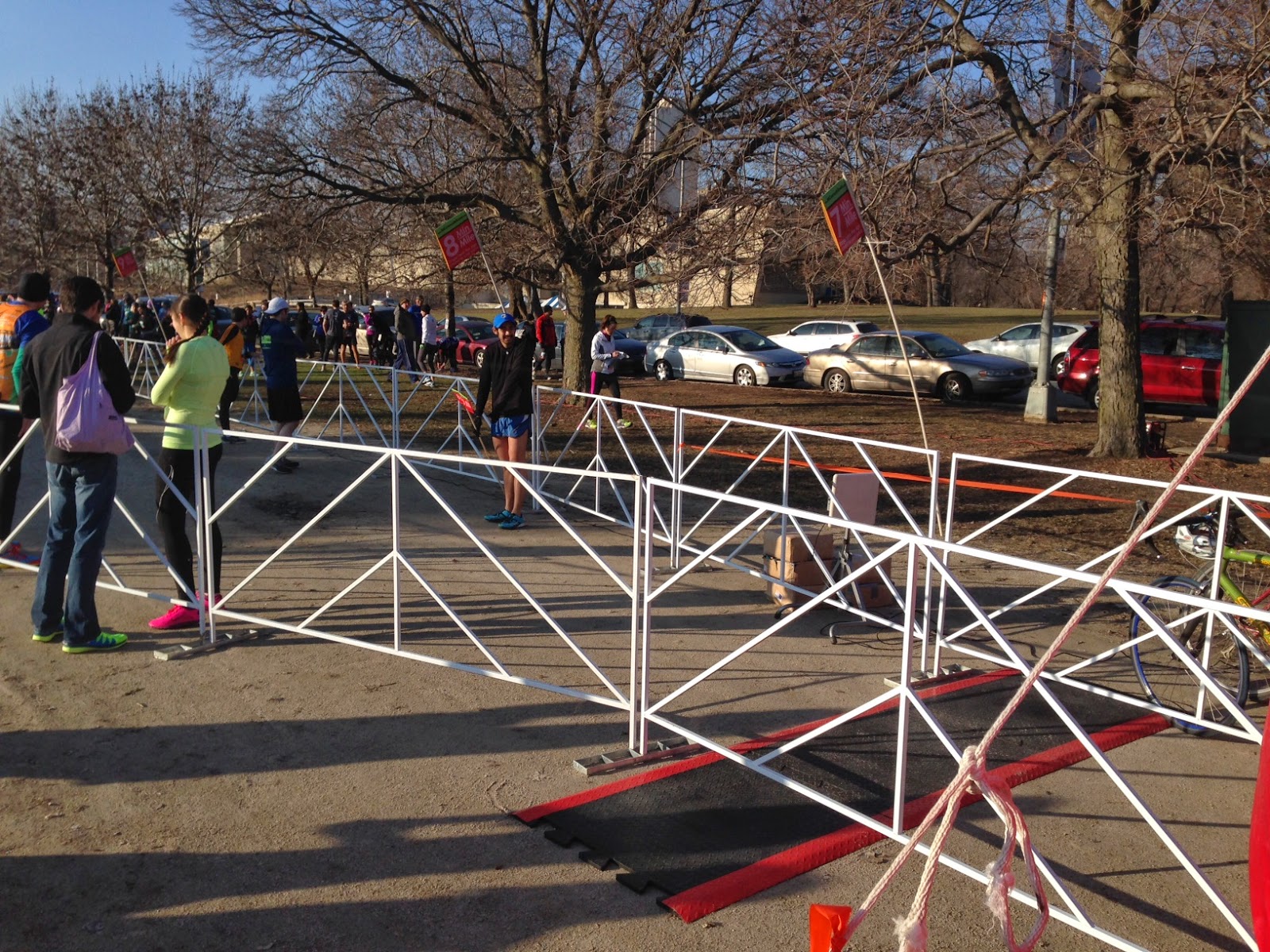 A good idea in theory (preventing too much clustering at the start of the race) it actually just made for a really slow start. I was only a few dozen feet back from the starting line when the race started (between the 8 and 9 minute markers) and it took me a full 35 seconds to cross the starting line. Not a huge deal but I've never seen a set-up like that before and I wasn't crazy about it. 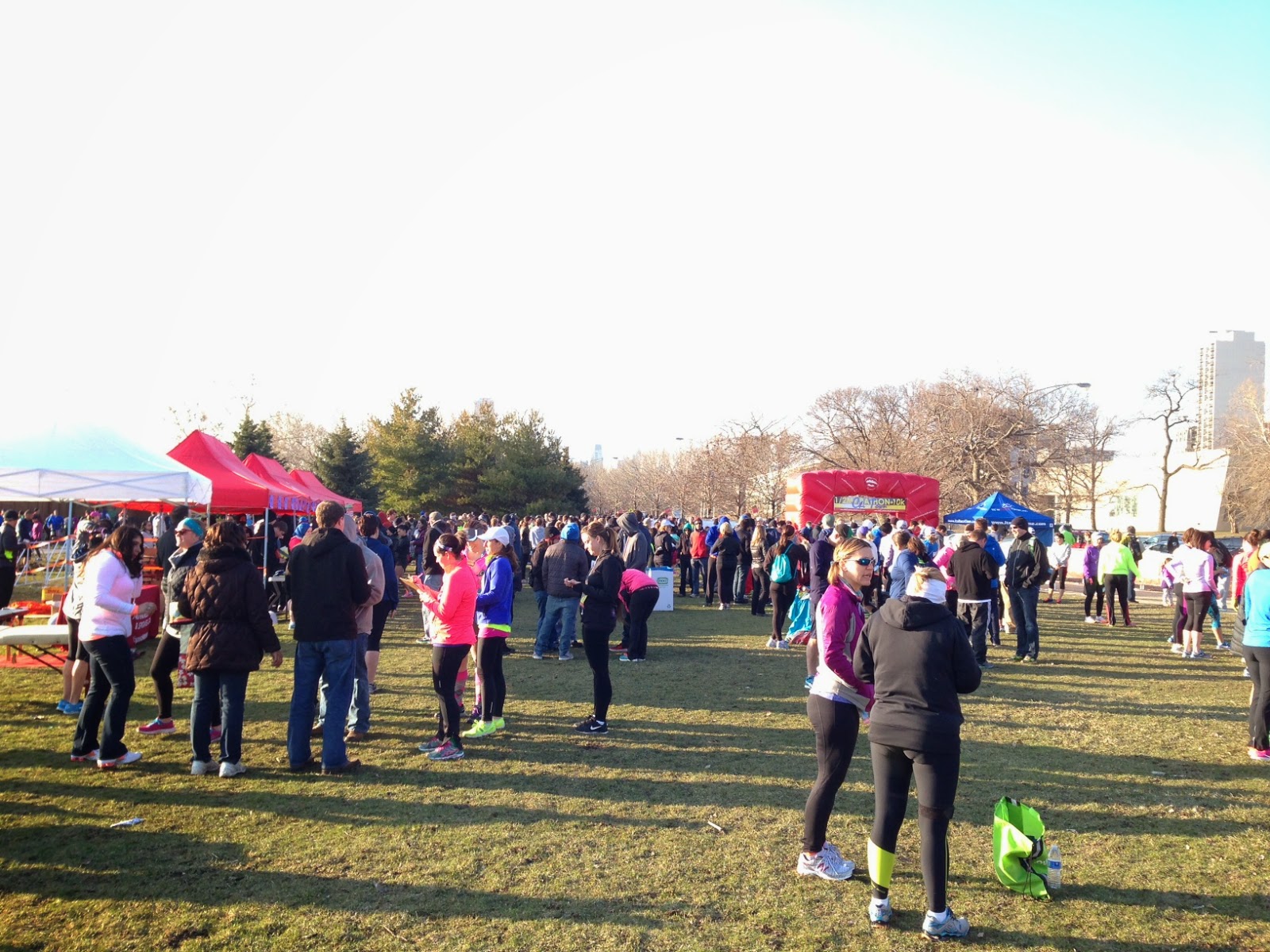 Side note regarding the organization of the starting line - based on the results there were over 170 people that ran faster than 8-minute miles (in either the half or the 10K). I don't think there's any way that 170 people could have squeezed into the tiny space between the starting line and that 8-minute flag. Obviously the final rankings are all based on chip time and not gun time but at that pace people don't want to have to spend a lot of time running around other runners so this leads to some jostling for position before the race even starts. Most runners are nice people anyway so it's not like there were fights breaking out - just the occasional annoyance of someone showing up at the last minute and trying to shove through to get into their appropriate pace area. Just moving the flags back a bit to provide more space for the 7-8 minute pace runners might have alleviated some of this.

Other than these minor quibbles this was a good race with some beautiful weather to  make it even better. And it was just nice to be running on the Lakefront Trail again.

My full review is up at Newcity.com.

And here's a shot from the trail I hope to spend a lot more time on this summer: