April 30, 2014
If you watched the latest episode of "Chicago Fire" last night (Season 2 Episode 20: A Dark Day) I bet you're probably thinking what everyone else is thinking:

Who was that incredible actor with the surprisingly subtle (but inspiring) character arc?

Well, the media pressure has been too great and I don't think I can stay quiet much longer, so I've decided to break my silence on this front and come forward (on my own terms).

That's right. Over the course of three days of filming I created that mysterious character that you were all breathlessly watching last night throughout this first episode of what's going to be a three-part story (crossing two episodes of "Chicago Fire" and one of "Chicago P.D.").

Now, because the character arc IS so subtle I thought I would break it down here for those who may have missed some of the more nuanced character development (it is a fast-paced episode so it can be hard to keep up with even the most important moments).

So let's get into it.

You probably first noticed my character within the first few minutes of the episode, as the camera pans up and away from some (most likely irrelevant) characters talking about some boring stuff that probably won't factor into the episode anyway, we see a large group of runners stretching and preparing for a race. 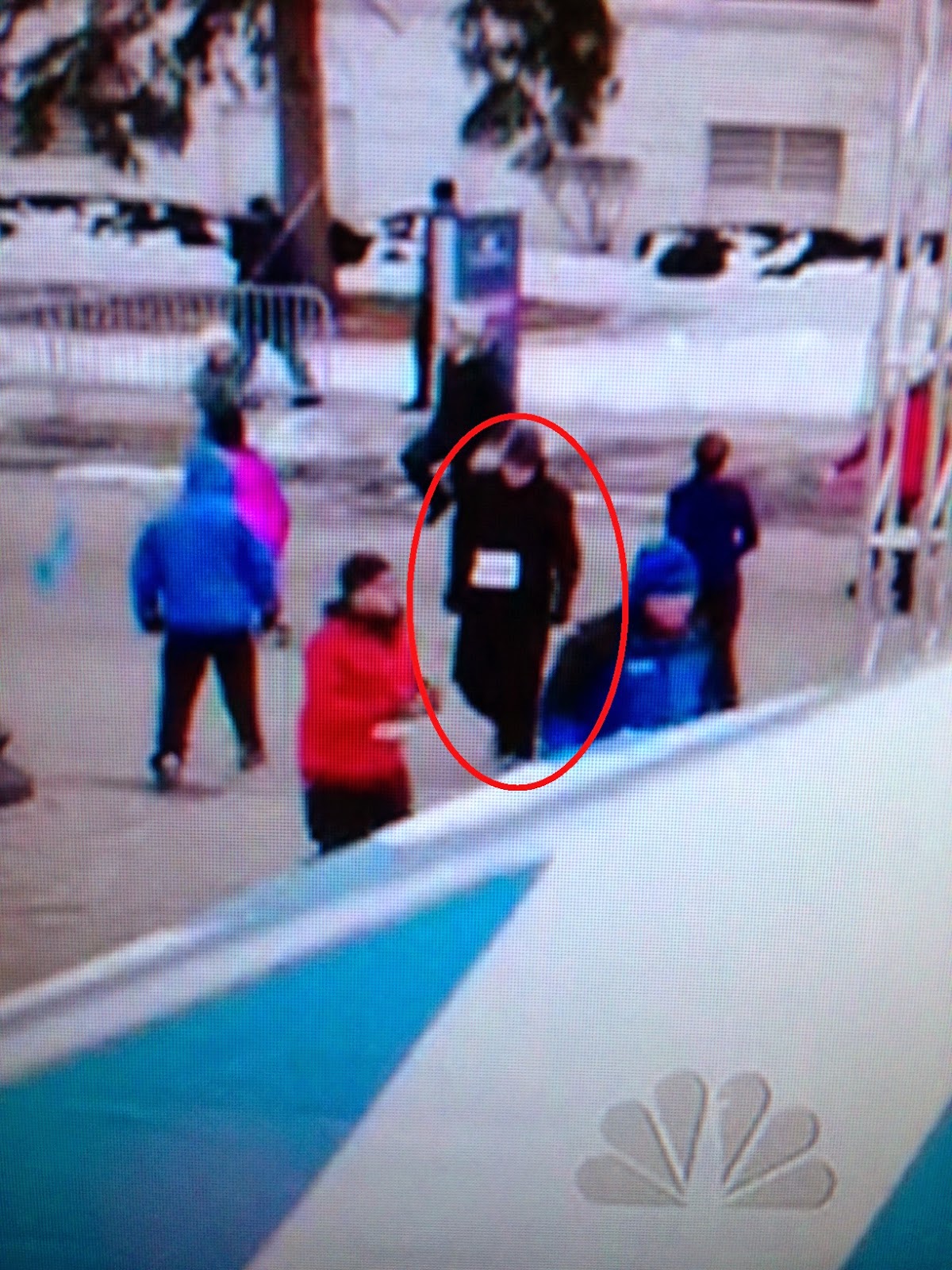 And then suddenly there's this guy in black:

And then you're also like, "That guy must be a real runner. Just look at how he carries himself! And the determined expression on his face."

But just as soon as this character is introduced into the complicated storyline of the episode, he mysteriously vanishes. What?!

And then there's an explosion and a lot of injured people (and some non-important character gets trapped under some rubble). Also some blonde character cuts her stomach and figures she'd rather not tell anyone about that because... because why? Hardcoreness, that's why.

But, still, none of that matters because you're sitting there like, "Okay... but what happened to that DUDE?!?!"

Then, just when you're starting to wonder who's in charge of properly weaving together the stories of the various characters, you see a shot of a room full of injured people. And there he is again. Stoically seated in a wheelchair, separate from the other injured runners, wearing a neckbrace and deep in thought.
This stuff is getting heavy man. How injured is he? Is he going to make it out of this able to walk again? Let alone run?! It's an intense scene, made all the more intense by the hauntingly realistic portrayal (if I do say so myself - which I do).

But there's no time to feel bad for this guy. Because within minutes he's almost fully recovered. As Dr. Dylan Baker rushes into a crowded hospital place to snatch a transplant liver he was eying earlier, he passes our hero, patiently waiting at the front desk to get information from a nurse. But what information does he need? And how is he walking so soon after his injury? Was it all an act? Maybe he wasn't as injured as he initially appeared?!? This guy is blowing your mind!

But then, the real kicker comes in. And this is a twist unlike anything we've seen on television before (or any other form of media that has ever told stories with characters). Ever. Only a few scenes after he's looking for information at the front desk, that very same runner - who was previously debilitatingly injured and wheelchair-bound - shows up between this lady with lots of pink eye makeup on and a nurse.

But here's where it gets crazy: he's no longer a runner. No. He's morphed into a helpful orderly pulling a gurney. And for the first time you realize: his sideburns look amazing.
Moments after walking past this guy, Eye-Shadow Johnson (I'm pretty sure that's the blonde character's name), collapses on the ground and the episode ends on a cliffhanger. The cliffhanger is: WHO IS THIS GUY AND WHAT WILL HIS NEXT MOVE BE?!?! And why are those sideburns SO SWEET?!

It's an incredibly emotional final moment and luckily the cops from "Chicago P.D." come in to investigate (one of them has on the fanciest scarf - so you know he's a serious detective). I have absolutely no idea what's going to happen next but I hope this new actor is involved. I imagine he must be, though. Why else would they so prominently feature him in so many scenes?

So what did you guys think? Am I interpreting this character arc correctly or am I oversimplifying? Perhaps there's some angle on this that I'm missing?