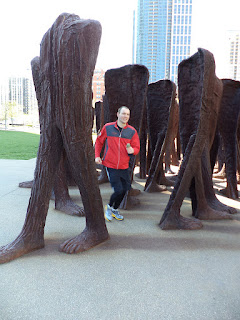 A little over a week ago I hooked up with City Running Tours of Chicago and ran all three of their 5K Social Runs over the course of a few days:

All three were enlightening (both historically and in a discovering-cool-places-to-run-in-the-morning kind of way) and gave me plenty of time to talk to the Chicago manager (Marlin Keesler) and two of the assistant tour guides as well.

The story I wrote about the tours for Newcity should be published in tomorrow's issue (so go grab a paper if you're in Chicago!) but it's also online now.

For anyone that's thought about signing up for one of these tours but hasn't done it yet, I would definitely recommend checking at least one of them out. Each 5K is only $25 and you get to see the city from a new perspective by running through historical areas early in the morning (before most people are even heading into work). Since taking the tours I've already followed some of the paths that the tours follow on some of my own morning runs.


On Monday morning my wife and I ran to the Bean - it's amazing how different it looks when you're the only ones around.
Aside from that, I felt like the information that the tour guides passed on over the course of the tour has stuck with me a lot better than other tours that I've been on (including walking tours and the architectural boat tour). Not that either of those other tours were shoddy (especially the boat tour - that one is pretty incredible). But for some reason the mixture of running through an area and then stopping to hear a brief historical recounting of it makes it more memorable. Maybe the exercise heightens your senses or something. Either way these tours were a lot more fun and educational than I expected them to be.


And it doesn't hurt that afterwards they send you pictures of yourself sliding down sculptures. 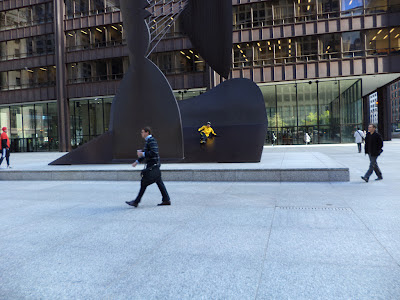 Starting next week City Running Tours of Chicago will be teaming up with Friends of the Chicago River as part of Chicago River Day 20/20 to raise awareness about ecology and preservation regarding the river and to dole out historical information. It should be pretty cool.