May 19, 2013
So after my crowning running achievement yesterday, I woke up this morning ready for a more standard run (as in, me being more towards the middle of the pack than the front) and headed to Lakeshore East for the Chicago Spring Half & 10K (specifically the 10K part of that).

I originally had planned to run the half but after dealing with my IT band issues I decided to transfer to the 10K (which took an extra 10 seconds at packet pick-up - really convenient). The secondary benefit, aside from not having to stress my leg out, was that the 10K started at 7:30 (the half started at 7) so I got to sleep in a bit more as well.

Just like last year, base-camp was set up in The Park at Lakeshore East.


Side note: Looking at the picture I took before the race from last year, it looks like they have a lot more trees blooming going on this year, adding a touch of color:
Even though the base-camp is in the park and the finish line is in the park, the starting line is a bit of a hike over to DuSable Harbor. To get there you follow some back roads, cross under a bridge and through a parking lot and then end up at the Lakefront. 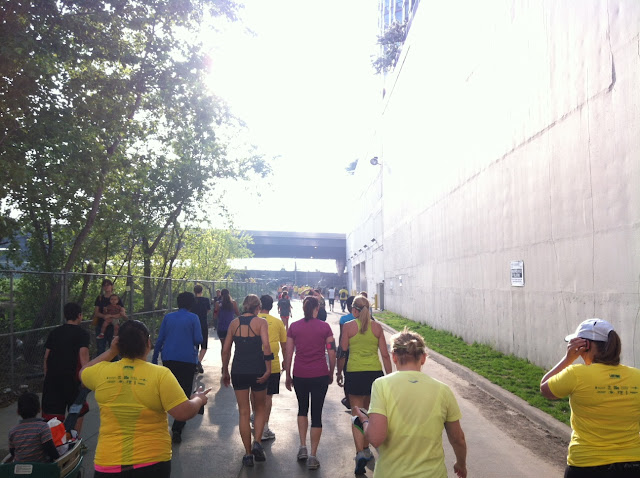 The starting line had pace group signs for runners to self-place themselves. The pace groups only went up to 8 Minute Mile pace and there were surprisingly few runners even standing past the 9 Minute Mile pace sign. Most runners were around the 10 Minute Mile and farther back. This made for a comfortable start farther up. 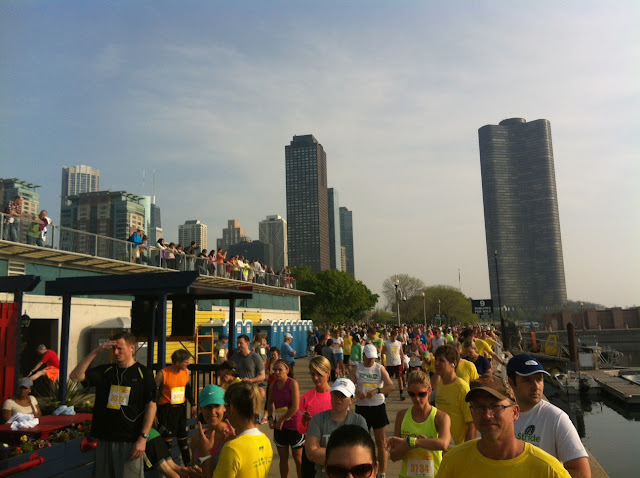 Within the first mile, things were already spreading out fairly well. Lots of space between runners and lots of space on the wide lower path on the Lakefront Trail. Runners were more spaced out by the time we got to the thinner upper-level trail, which made it less of a bottle-neck than it could have been. 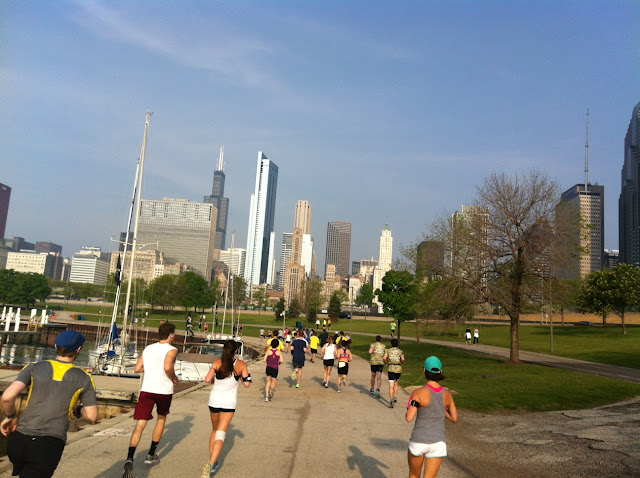 You run back by the starting line towards the end, but don't be fooled: this is NOT the end of the race. You still have about 1/3 of a mile to go from here. So this is really just a super fancy 1/3 mile marker. 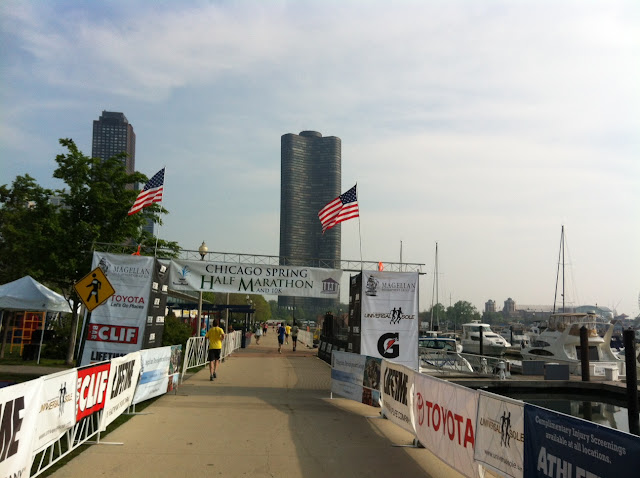 As I was passing the Mile 6 marker, this guy in the red with the beard flew past me... he was the winner of the half marathon (which started only 30 minutes before the 10K). I sped up to try to catch him but I think I was still about 20 seconds behind him when he finished. So this guy ran seven miles more to me in only 30 minutes. I think that beard is magical. 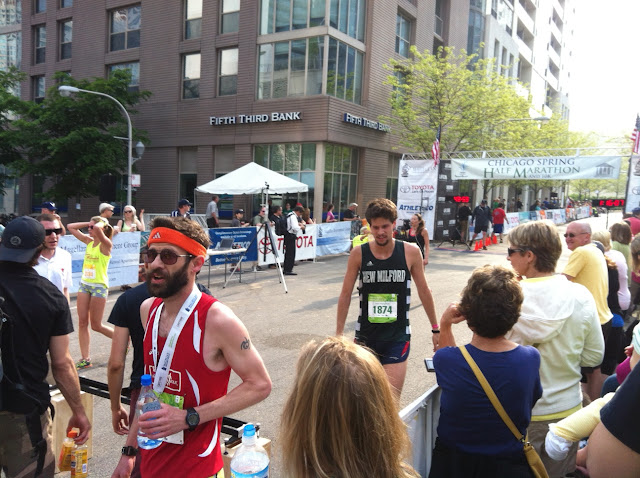 And here's the food from the picnic (each runner gets one ticket for a self-serve, buffet-style plate). Not spectacular but much better than most post-race picnics I've been to. 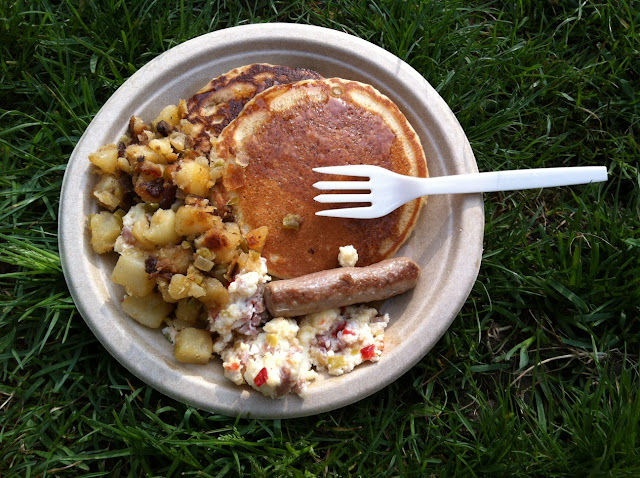 For more info on the race, check out my Newcity review.