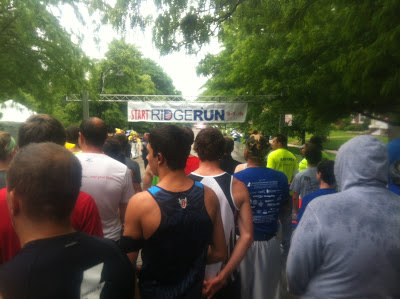 I ran the Ridge Run Challenge this morning. In case you're like me from a few weeks ago and don't know what that means, I'll give you a bit more info. The Ridge Run is both a 5K and a 10K racing event in Beverly (near Ridge Park). The Ridge Run Challenge is where you run both races (10K at 8 and 5K at 9:30). It's a pretty awesome idea - and a set-up like this probably would have saved us a lot of time back in February when we did the First Annual February Fool's Goal Half Marathon/Debacle.

This may exist with other races, but I've never heard of a race with multiple distances coordinating it so that participants could run both of them (this did involve them shutting down the finish line for the 10K after 1:20 - so if you're 10K pace puts you behind that finishing time... this race is not for you). I don't need to go into too much back story about the race though, since I think my Newcity review covers most of it, most importantly that the 10K is the oldest 10K in Chicago and this morning marked its 36th running. 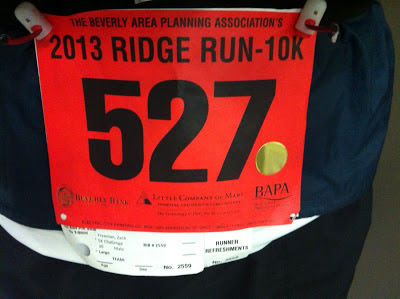 But back to the Ridge Run Challenge. It involves running both the 10K and the 8K, switching bibs in between (and hopefully running outfits). According to the website, “Runners who complete the Challenge will receive special recognition.” I don't know what that special recognition was supposed to be but I don't think I got it. Those of us doing both races did have special gold stickers on our bibs so that may have been the special recognition we received. The volunteers at packet pick-up did indeed recognize me. They said, "Oh you're one of those crazy ones." And on the course, a few spectators yelled, "Good job! For the second time today!" So the secret of the gold circle is out and it does earn you special recognition. Plus it's just really fun to finish a race, go stretch, and then run another one. Even if it's on a very similar course.

So, here are some photos to give you an idea of what you can expect if you check this race out.

Race day packet pick-up. As Austin Power's father, Nigel Powers, would say, "Easy peasy lemon squeezy." Lots of volunteers and lots of space to move around (and inside a dry gym, which was nice for a rainy morning). 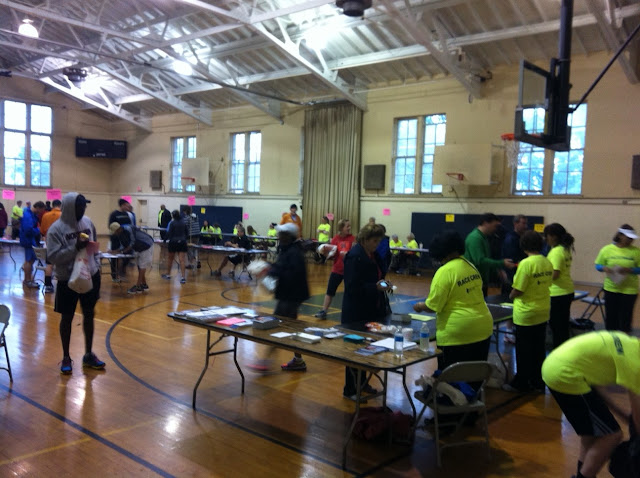 Most runners were hanging out under a big tent in Ridge Park up until a few minutes before the race. The rain lightened up a bit just before race time but it was still more than a sprinkle. 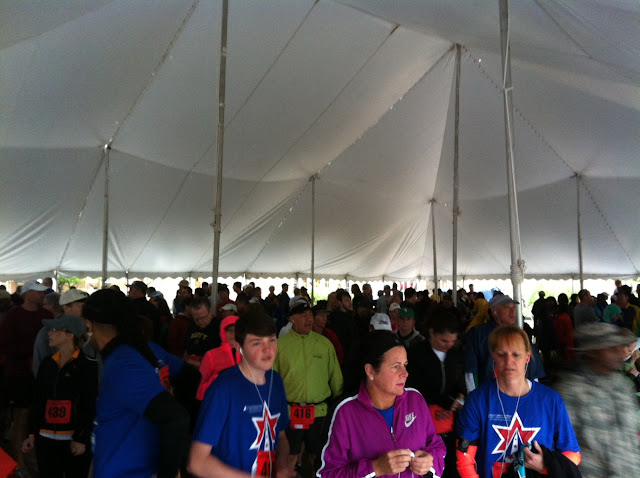 This little girl was much braver than the rest of us - no umbrella, no hood. She's just ready to face nature on her own terms. Some kind of gym/theatre/sanctuary - I found this in between races and spent the entire 40 minutes I had stretching. This fooled me into thinking that my knee was fine and that running a 10K followed shortly by a 5K was not a bad idea. As soon as I started the 5K I realized the error of my ways. But this room is still awesome. 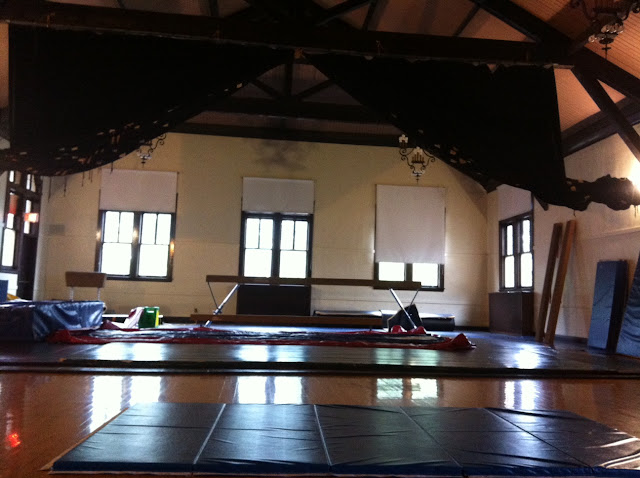 Runners gathering for the start of the 5K. This was a few minutes before they officially closed the 10K so there were still some runners trickling in and through this crowd. As I said in the Newcity review, this 5K could have used some pace groups - there were a lot of people. 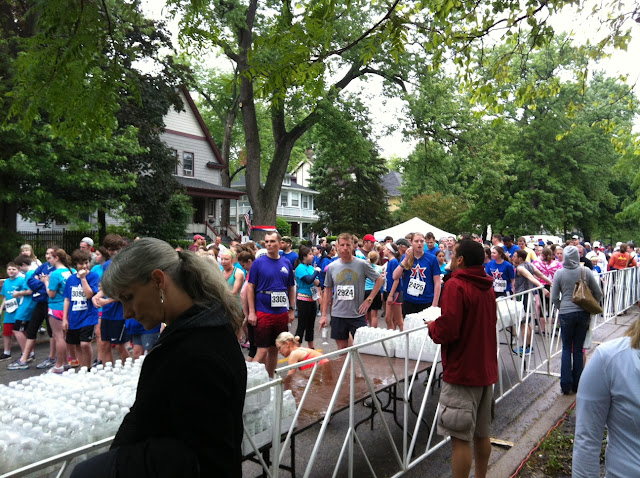 Finisher's refreshment area. You had to take the tag off your bib to go through this area - I've never seen that before unless there was something highly desirable. This was just sandwiches (okay those are pretty desirable), water, apples and bananas. 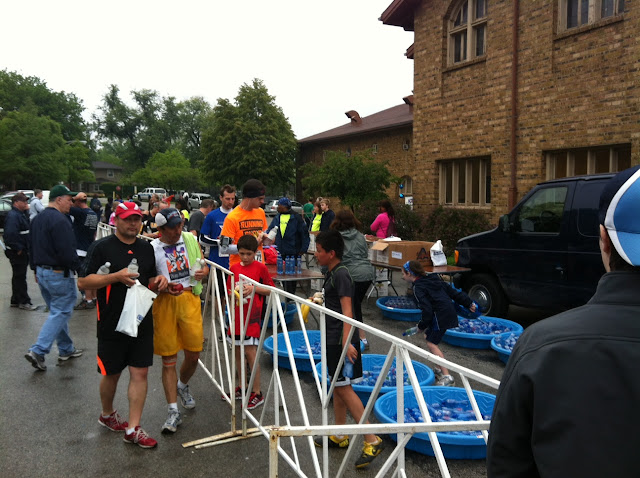 Luckily, both Muscle Milk (a media team sponsor) and PowerBar were at the race, so I still ended up with plenty of post-race food and drink.