May 11, 2013
The Race to Wrigley is an interesting beast. It's an odd mix of a big-time, corporate race (after all, it's tied in with the Chicago Cubs and Wrigley Field and involves blocking off some major streets) but it also has an air of a smaller charity run (the shirt is polyester and rather plain and it's put on by Chicago Cubs Charities and proceeds - this year at least - went to Lurie Children's Hospital of Chicago). The price falls right in the middle as well: $40 for timed and $35 for un-timed.

This morning, the run was kicked off with a warm-up by WGN's Dina Bair and The Biggest Loser's Danni Allen (I was lucky enough to get to talk to both of these lovely ladies just before they went out to introduce the race). Unfortunately, I missed their stage time because I was waiting in the incredibly long gear check line, which was hopelessly understaffed. The line was slowed down even more by the new security measure of volunteers looking through runners' bags before checking them. I appreciate the extra security, but more volunteers were needed to make it feasible.

My full review of the race is up at Newcity.com and below is a further examination of the race through photos.

Here's the line 15 minutes before the race. It took 15 minutes to get from this point to the front of the line. 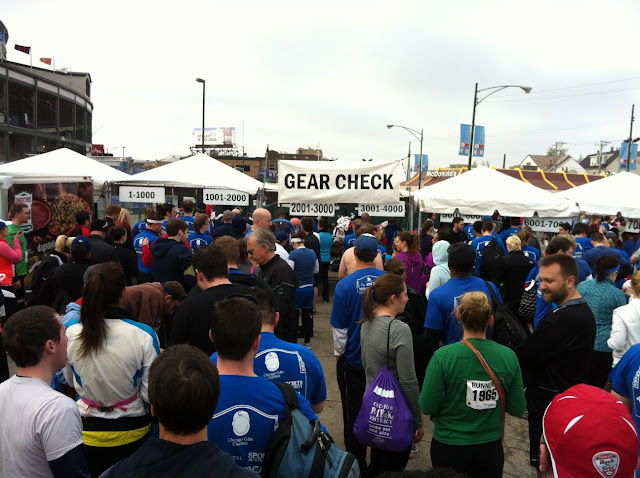 Heading towards the starting line about three minutes after the race kicked off. The stage to the left was at the intersection of Addison and Clark (on Addison), the same place it was last year. 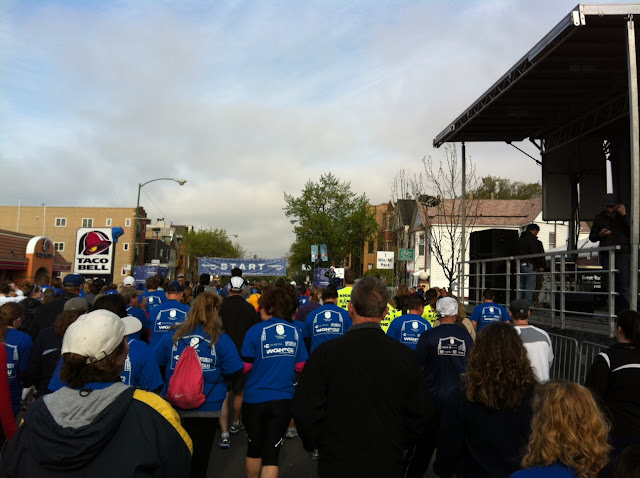 I spent a good amount of time weaving through other runners. Luckily the course was pretty wide. It's nice to be in a run that blocks off major roads that you otherwise would never get to run on. 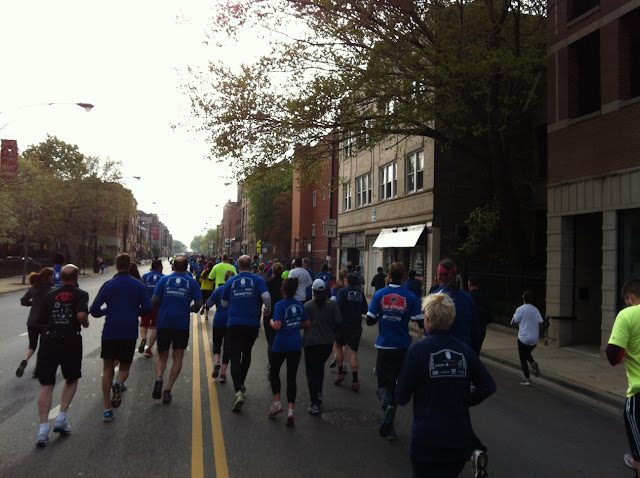 Just before finishing, the race turned on Waveland, ran past a little Cubs band and made its way through the ground-level concourse of Wrigley Field. 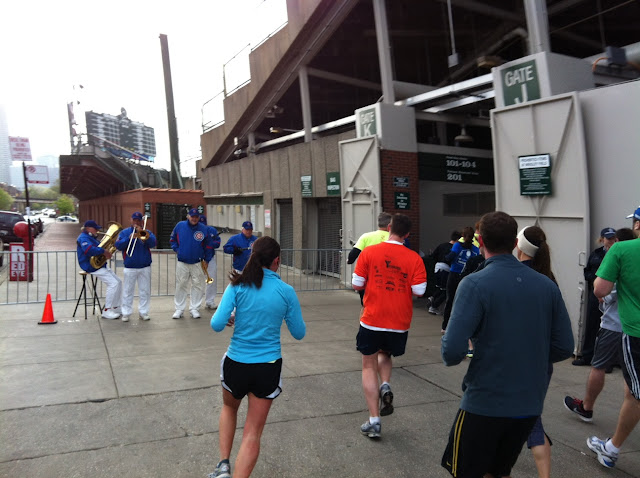 Before turning out and circling back around in front of Wrigley Field and to the finish line. 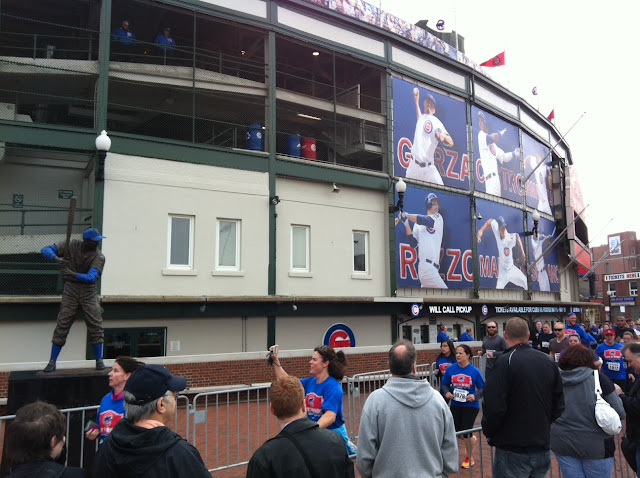 Post-race food was bagels, bananas and Muscle Milk at a Muscle Milk booth on the other end of the post-race party area. 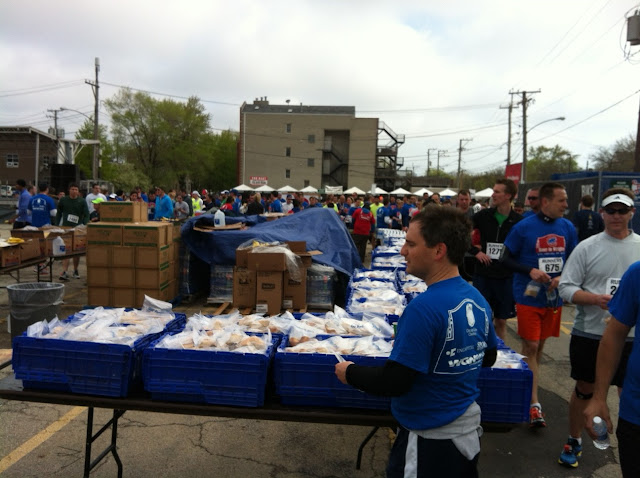 Plenty of people at the post-race party and lots of blue race shirts (almost identical to last year's shirt). 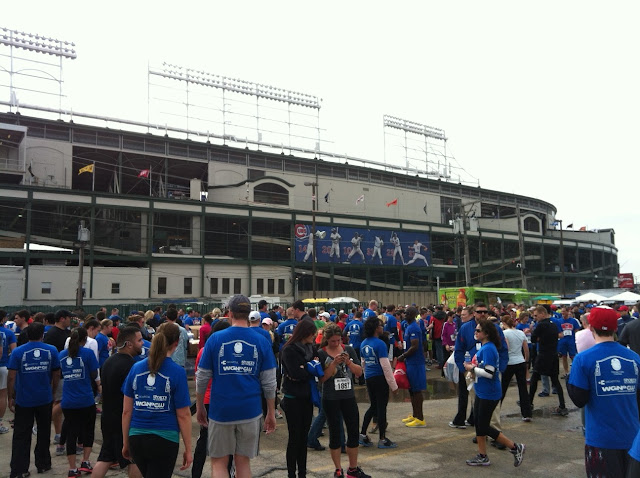 Overall, I'd still recommend the race because of the unique course, but I'd keep my expectations fairly low regarding the inclusion of Wrigley Field in the course. I think I enjoyed the race a bit more than last year but starting three minutes after the official start made it tougher to cover the ground and I finished in around 23 minutes, a bit slower than last year.