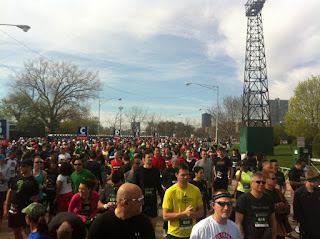 Last weekend I was in Zihuatanejo, Mexico for a friend's wedding, so it seemed only fitting to be running the Cinco de Miler this weekend as a follow-up.

I had a good time last year and have been looking forward to running it again (though not as a double-header with C4Miles and not even as a back-to-back run with the Run to Remember). I enjoyed both those races last year but both were yesterday morning and I was volunteering with the Northwest Side Housing Center to clean up a vacant lot (because I'm a really outstanding citizen, okay). Also, my knee has been hurting and I figure I better not push it more than I already am by running multiple races for a while. This is what happens when you turn 30 I guess...

Anyway, this year's Cinco de Miler was a bit bigger than last year's (estimates are around 7000 and last year's was 4008).

I had a great time (despite my knee) and here's a breakdown of the race through pictures. If you're thinking of checking this race out next year, I'd highly recommend it (as I do in my Newcity review).

Both the Mexican and American flags were flying at the starting line: 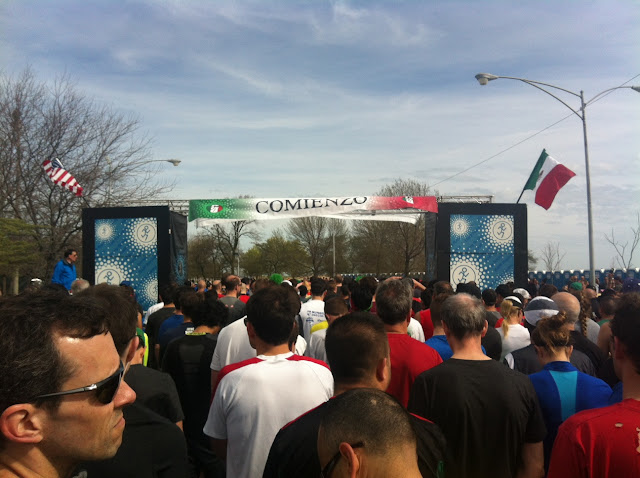 There were some green guys, coaching some kids along. I never thought I would hear a green guy yelling: "It's all a mind game! No pain, no gain!" Now I have. Check that off my life list. 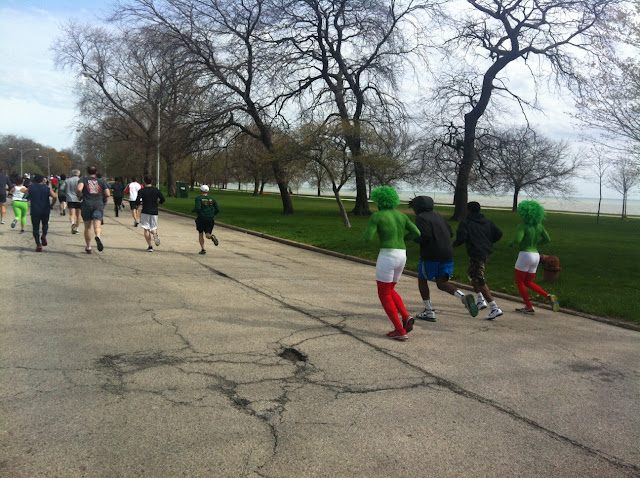 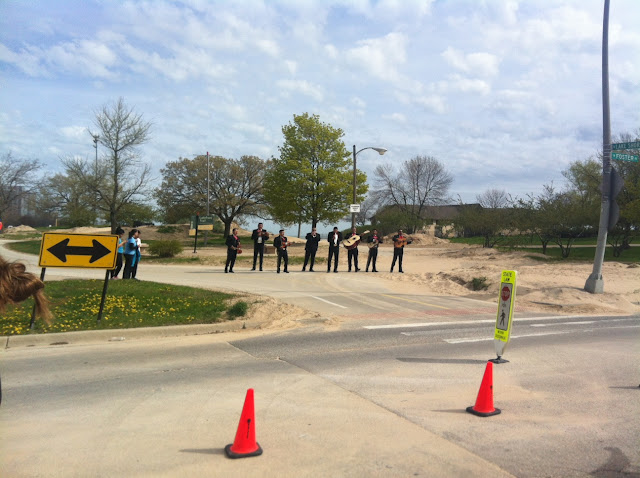 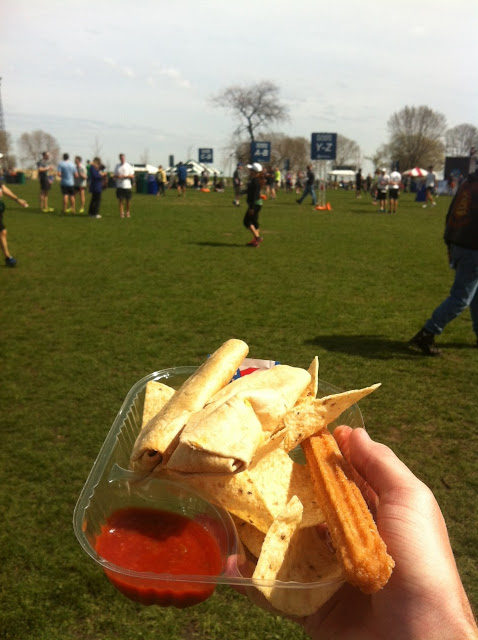 This is how runners "party" after a race: by sitting down with the food/drinks they got at the finish line and feeling exhausted. The weather was perfect for this type of activity. 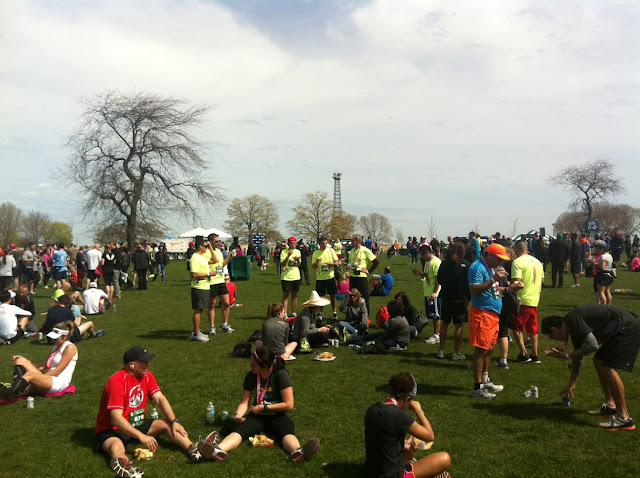 How do you get the food? Get in these lines and give them the little pull-off tab on your bib. They know that you just ran a race and have very little brain power so they make it as easy as possible. 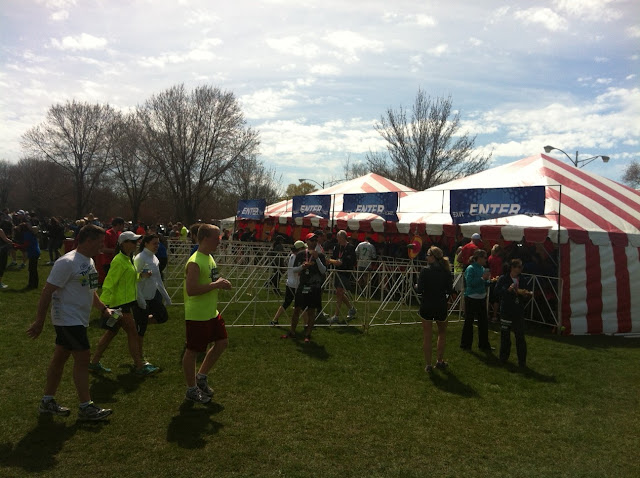 This older dude was rocking out to "Bye Bye Bye" as covered by the post-race party band El Guapo. He might not look like an NSYNC fan at first, but you seriously never can tell. 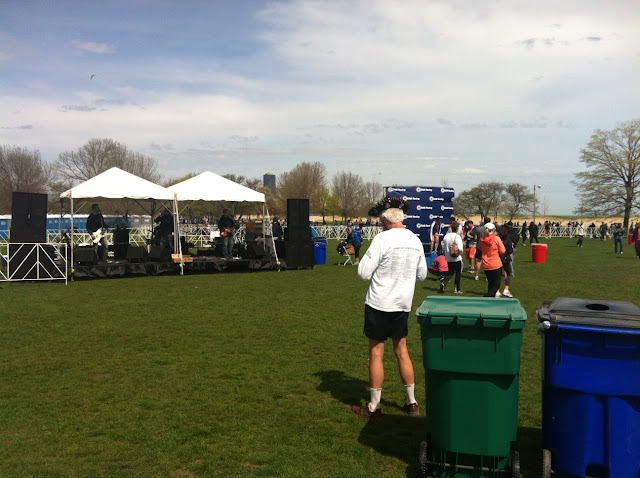