July 14, 2012
I ran the Chinatown Centennial 5K this morning (typically just called the Chinatown 5K - but it's the 100 year anniversary of Chicago Chinatown so they changed the name for this year). It started on Archer next to Chinatown Square which was really sweet because Archer Avenue was completely blocked off: 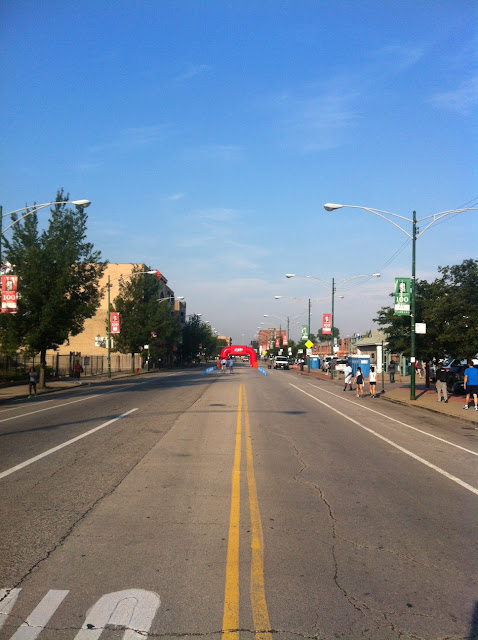 Before the race there was a great pre-race party going on in Chinatown Square, with free chiropractor consultation from National University of Health Sciences (they were stretching runners out before the race) and a really great lion dance with a green lion and a white lion represented by two guys inside a costume: 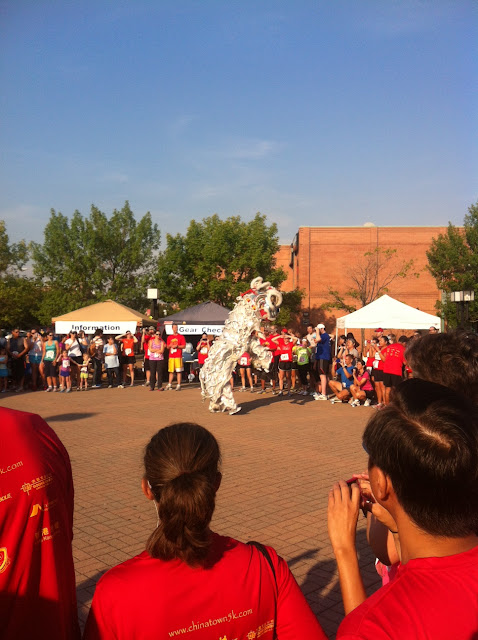 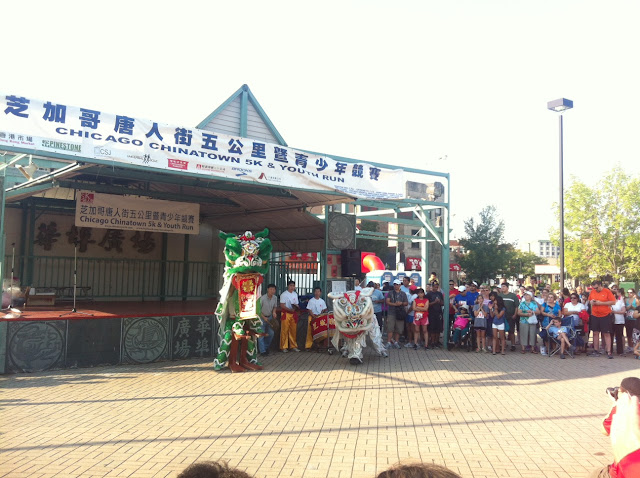 The race went down Wentworth (under the "Welcome to Chinatown" arches) and all the way to 31st street before turning around. My full review is at Newcity.com but basically it was a great race.

I was surprised that there were only about 600 runners at this race considering how well organized it was and how great the course was (seriously, you got to run straight through Chinatown down a closed course). I got some pretty good freebies at the post-race party, including some M-150 energy drinks (from Thailand) and an M-150 shirt as well as some Vita Ceylon Lemon Tea. Just the uniqueness of the booths at the post-race party make this run great, but there was also a raffle for 100 prizes (to commemorate the Chicago Chinatown Centennial). Unfortunately I had to take off before the raffle happened, but a roughly 1 in 5 chance of winning something is pretty great.

After I took off and headed to the train station, I could see the last runner making her way to the finish line, along with her police entourage: 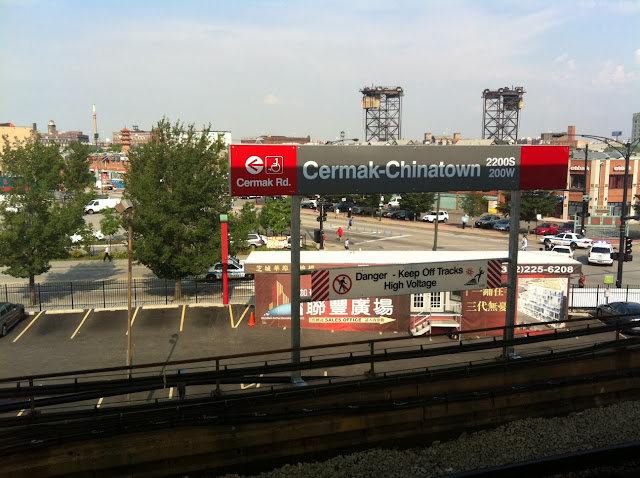 I got worked over by the chiropractic volunteers before and after the race to try to deal with a tightness in my right calf that has been there since Wednesday of this week and it seems to have done some good, but we'll see what happens over the next few days.

I ended up with a 22:18 at the end of this run which is pretty good for me but a little slower than I've been over the last few 5Ks, but I'm just glad my calf felt fine today.

Overall, this is one of my favorite races of the year - if you're looking for a race to check out next year, I'd say go for the Chinatown 5K: it feels like a suburban neighborhood run but has you running through the middle of Chinatown on a closed course. It's the best of both worlds.