July 22, 2012
As a member of the running community I've obviously heard a lot about the Rock 'n' Roll series over the last several years - especially since the brand was purchased by Competitor Group in 2008 and really started expanding - but I'd never run one before. I figured now was a good time to check one out. 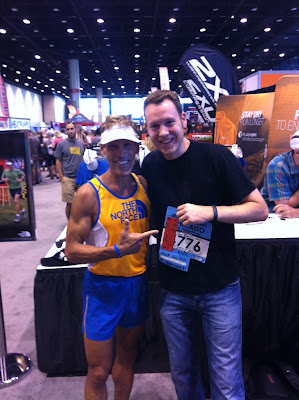 On Friday afternoon I went to McCormick Place for the expo (I figured it would be easier to get in and out on Friday than on Saturday). After picking up my bib, shirt and "swag bag" (their words) I spent a good deal of time walking around checking out all the booths (and there were a lot). Even though I knew Rock 'n' Roll is a big brand for some reason I was still surprised by the size of the expo and the amount of free stuff they were giving out. I'd guess the expo was about half the size of the Chicago Marathon.

As I was getting ready to leave I walked past a booth and almost walked into Dean Karnazes. While I wasn't a big fan of his last book Run!, reading his book Ultramarathon Man in 2007 helped inspire me to run my first marathon in 2008. And if you haven't seen the documentary of the same name (Ultramarathon Man) check it out. Anyway, he was declared a "superhuman" by Stan Lee on the show Superhumans and I think he's a pretty awesome guy (even though he gets a bad rap in Born to Run and in the ultra world in general).

So copying the woman who was in front of me in line, I got him to sign my running bib: 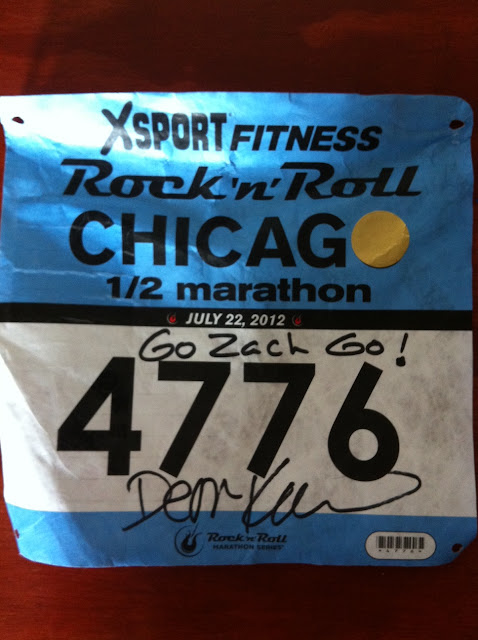 I also recorded a video for the Refuel campaign - seriously, I haven't read much of the data on this claim, but if chocolate milk is the best drink to refuel with that's great news because it tastes awesome. So, let's hope we're not being lied to. And if we are, don't tell me about it because I drank four of the mini-cartons they were passing out at the finish line after the race today...

Speaking of the race, my full review is up at newcity.com - overall I thought it was a great one. I can see why these guys are popular. If you paid at the expo it was a little pricey ($150) but pre-registering allowed you to pay a lot less. And you get a lot for the money. The course wound through a big chunk of the city (and a number of neighborhoods) and included live bands at every mile (except two where there were djs).

This race had a great festival-like atmosphere and a lot more spectators than I expected. So my first Rock 'n' Roll did make me want to check out a few others of the 30 Rock 'n' Roll events around the world, especially since it gives you a good excuse for a destination marathon (or half).

Here's the starting line getting set up at 5:15 this morning: 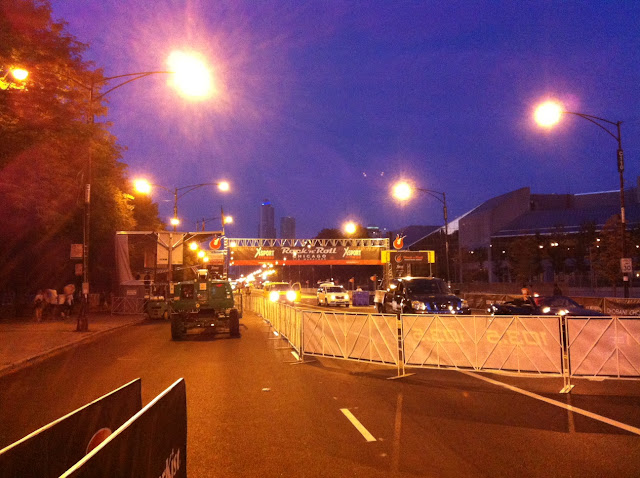 And the post-race party area right after the sun came up around 5:30: 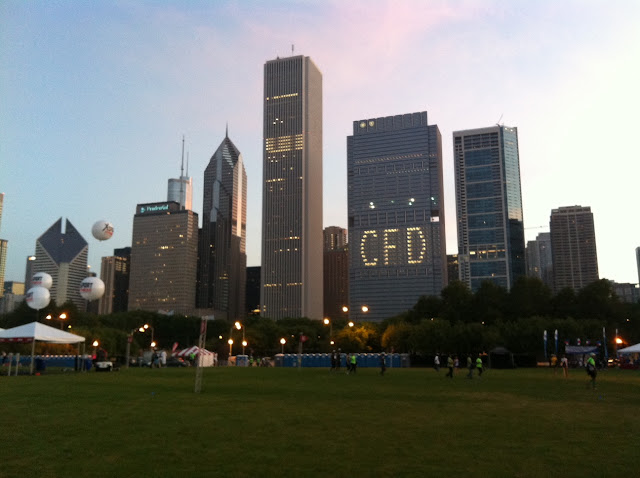 If you're looking for a half-marathon in the Chicago area I'd definitely recommend this one. It's a lot bigger than either the 13.1 Half or the Chicago Spring Half and features a much more exciting course and more elaborate post-race party. On the flip side, it's also more expensive than either of those races too so that's the tradeoff.