Mud Wars: Scam or Just Inept Organization (and Does it Really Matter)? 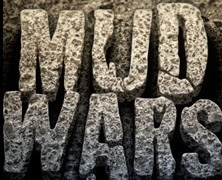 On Saturday morning as I was heading to the BTN Big 10K I passed a sign with two arrows. One pointed right to Soldier Field and the BTN 10K race area, the other pointed straight ahead, to Northerly Island and the Mud Wars event.  At the time I was a little torn, but after the reports that are coming out from the Tribune, Chicago Journal and WGN (and now picked up by Huffington Post) I'm very happy I wasn't involved in Mud Wars, since it's starting to sound a little bit like a scam.

While I want to give the race organizer (Joe Bizzieri) the benefit of the doubt, reading (and watching) the above news stories, it does sound like this may have been a scam artist capitalizing on the growing popularity of obstacle/mud runs, which I had a feeling would happen eventually. Estimates put the total generated income from this race at around $300,000, but even if all 6000 people who registered for this race had used the Groupon/YouSwoop/LivingSocial deal and only paid $35, the race organizer still would have made over $200,000 (though I guess that should be lowered to around $100,000 once the deal sites take their cut). I've never organized a race but that seems like enough to put on a decent one-day race - one that might not satisfy everyone, but at least doesn't leave participants crying foul and clamoring for a full refund while blasting you on Yelp.

Among other complaints, there are reports of the actual course being between 1.5-2.3 miles (a 5K was promised), no water on the course or after the race, no finisher's medals, and all the "donated" shoes being found in the trash. All these issues give credence to the allegations of this being a money-making scam.

Additionally, one of the charities (Iraq and Afghanistan Veterans of America (IAVA)) released this statement: "We have no current or prior affiliation with Mr. Bizzieri nor did we grant him or the group permission to list IAVA as a charity beneficiary. IAVA has not and will not accept any proceeds from the 'Mud Wars' event."

The Mud Wars site was taken down for a bit after the race and is now back as one big apology letter from the race organizer. Even this apology could go either way. He's taking the blame for the "disorganization of the event," which is good, but he's also putting the blame on "several occurrences beyond my control."

To me, it almost seems like whether this was an intentional scam or not is irrelevant. Bizzieri promised things that he, as a first-time race organizer, couldn't deliver. The fact that he wanted to (or that he thought he could) doesn't matter. At the bare minimum, if you promise a 5K race with 12 obstacles and align yourself with a charity, you can't deliver a 2-mile race with fewer obstacles (that don't match your original descriptions) and NOT be aligned with that charity. At that point, whether it's intentional scamming or just poor planning doesn't seem to matter.

I'm hoping more information will come out on this, especially since there's a possibility that the city will be fining Bizzieri for damage to Northerly Island (Bizzieri's permit was for 3000 participants and he had nearly twice that). Perhaps Bizzieri would have fared better if he hadn't listed his race on three separate deal sites so that he could better control the number of registrants. I'm sure he wasn't expecting 6000 people to sign up for an inaugural race, but the length of the course and the amount of obstacles are certainly controllable.

Did anyone participate in this event this weekend? I'd definitely be interested in hearing your perspective. Additionally, despite all the evidence against him, I'd be interested in hearing more from race organizer Joe Bizzieri, since he maintains that this wasn't a scam but simply poor judgment and planning on his part. His brother is a lawyer so at least he's got some legal representation...