August 07, 2012
Donating blood is just about the easiest thing you can do that lets you feel like you're actually helping other people. It only takes about half an hour, you get a bunch of snacks when you finish and you get to wear a bandage on your arm for several hours afterwards like you really did something intense. And if people see your donor arm scab and are like, "Oh, what happened?" You can either be like, "Oh no big deal, just saving lives..." or "Heroin, ugh. I hate it... but I love it." However you're feeling at that moment.

You're eligible to donate every two months and I've been donating blood pretty consistently for a number of years now. For the past few years I've been going to a nearby LifeSource Blood Center location to donate. Last month I found out through email that they have a race coming up in September with a super-sweet name and I was reminded about it again today when I went in to donate. I can't say it's the best name for a race ever, but I do think it's pretty memorable, especially for a legitimate charity run:


The Run for Blood

Awesome. Whoever came up with that, I tip my hat to you. I almost wish it had creepy lettering instead of just a normal block font. This could have just been the "Donor Dash" or something else as easily forgettable. "The Run for Blood" sounds serious. Like a Halloween run that's actually scary, or maybe a new vampire spin on the zombie mud run thing (Run For Your Lives). 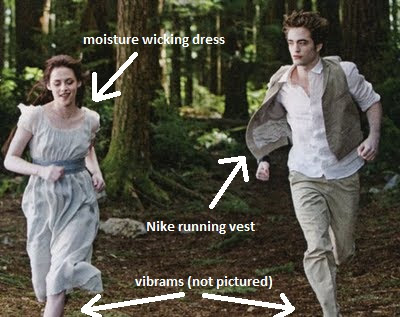 And, from checking out the posters and the run's site, it seems like the color theme is red (naturally). I bet the shirts are too. They are going all in on the blood theme and I like it.

And the Chicago one isn't the only Run for Blood - it's actually a national thing that partners with local blood banks to put races which is very cool. On the site it says that they're only allowing 500 participants at the Chicago race which makes me think it'll be a good, fast race with an open field of runners.

But unfortunately, I won't be able to run this race myself because I'll be out of town that weekend for a wedding. So go run it for me and let me know how it goes. I can't imagine they'd have a blood donation center set up at the racing grounds since that's not really an activity I can see anyone participating in either before or after a strenuous activity like running 3 miles, but I guess it's a possibility.

*And just in case you're wondering, I'm in no way connected with Run for Blood or LifeSource (aside from donating blood there) so I'm not just plugging some random race because I'm getting something in return or I have a friend that works there. I really just love the name of the race and I think blood donation centers (and blood drives) are important.

Anyway, I'm running The Champions Run 10K on Saturday and the sold out Chicago 10K on Sunday. If you're planning to be at either of those let me know.

I'll also be doing the Chicago Shoreline Marathon on Saturday... just the relay, but since I have zero stand-up paddleboard skills so we'll see how that goes...